Visit Bouvet Island: The Most Remote Island in the World 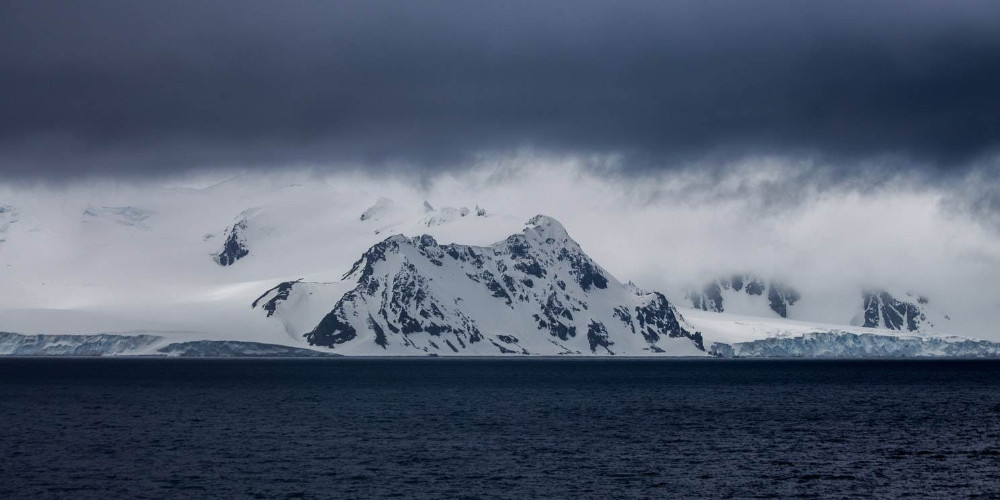 Suppose you put a passing point on Bouvet Island and make a circle with a radius of 1600 km. In that case, you get an area the size of Europe that consists of only two things: The Norwegian Arctic Ocean island and 8 million square kilometers of sea. Jean Baptiste Bouvet de Lozier first observed the island on January 1, 1739. Since then, it was also seen by George Norris and his people in 1825. However the island's position was inaccurate, and both Cook, Ross, and Moore searched for Bouvet Island without success on their expeditions. It was as if sunk in the sea. That was the Bouvet Island mystery. In 1898, the German Valdivia expedition managed to find Bouvet Island and put the correct coordinates on it. In 1927, the Norwegian Norway expedition was the first to land on the island and annex it on Norway's behalf.

On January 1, 1958, the American icebreaker Westwind discovered that Bouvet Island had suddenly become more extensive. Some online sources claim that the new area was formed due to a volcanic eruption, but down-to-earth Norwegian geologists have determined that the island's expansion was the result of a landslide. The site, which is 700 meters long, was named Nyroysa. After Nyroysa appeared, it has become much easier to go ashore on the island, something that both researchers, penguins, and seals have known to appreciate. In 1997, 422 ringed penguins, 4,700 gold-topped penguins, and 65,000 fur seals were registered in Nyroysa. All research cruises in recent years have been based on Nyroysa.

In May 1959, Allan Crawford was asked if he knew of a ship sailing to Bouvet Island. The British-born Crawford was an expert on the South Atlantic and lived in South Africa. The boat was supposed to be used by the Italian polar explorer Silvio Zavatti. Crawford tried his best to find a suitable ship, but without success. In June 1960, Crawford received a strange letter from Zavatti in which he claimed that he had been on Bouvet Island already in March 1959, two months before Crawford was first contacted. Crawford was surprised. He did not know of any ship in South Africa that the Italians could have rented for this trip. Silvio Zavatti wrote a book about his alleged trip to Bouvet Island - a children's book entitled Viaggo All 'Isola Bouvet. There is only one picture in the book, and it shows some braces. The photo could, according to Crawford, have been photographed in any zoo. So the question is whether Zavatti's trip to Bouvet Island was just a bluff that was invented to secure support for his further polar research. Or maybe Crawford only had a distrust of Zavatti because he reached Bouvet Island before himself?

South Africa had for several years wanted to establish a weather station on Bouvet Island but had not found a suitable location. After Nyroysa appeared, there were new opportunities that they decided to explore. The Royal Navy's icebreaker HMS Protector arrived on Bouvet Island on the first day of Easter 1964, and after three days, the wind had lied enough for them to send a helicopter onto the island. A group led by the Allan mentioned above Crawford was put ashore. There, to their great surprise, they find a 20-foot lifeboat in a lagoon. The lifeboat had no characteristics that showed where it came from. Some distance from the lifeboat, they also find a drum, afloat and a couple of oars. The boat was towed ashore by humans, but where did it come from, and where had the humans gone? There was no trace of mast or engine on the boat, so how could anyone have navigated these stormy waters with only oars to there, what is the most remote island in the world? Crawford and his team did a quick search but found no further clues.

On September 22, 1979, a Vela satellite recorded two powerful flashes between Bouvet Island and Marion Island. The US Vela satellites were intended to detect violations of the ban on nuclear test explosions. Such a double moment is characteristic of a nuclear blast. The Vela satellites had 41 times previously seen such double flashes.However in previous cases, nuclear powers such as China and France had admitted that they were behind it. Then traces of radioactivity were also found, but no one took responsibility for the incident on September 22. The United States made 25 surveillance flights but could not detect any radioactivity in the area. Maybe the flashes of light were due to a comet, asteroid, or a meteorite? Or maybe there was no blink at all, just an instrument fault in the old satellite? The incident provoked reactions in Washington, and President Carter's administration ordered investigations. Nuclear disarmament was an essential issue in the election campaign in which Carter tried to be re-elected. An expert panel led by Dr. Jack Ruina from MIT concluded that the flashes of light had many similarities to a nuclear test explosion, but several things were incorrect. They, therefore, concluded that there was probably no question of a nuclear test. However, the panel met with opposition from other experts who believed that the Carter-appointed panel's conclusion was politically motivated. Rumor has it that Israel had started nuclear tests, and some thought that the flashes came from a test made by Israel in cooperation with South Africa.

Bouvet Island has inspired both artists and filmmakers. The movie Alien vs. Predator from 2004 discovers a satellite with strange heat rays from Bouvet Island. A team of engineers has been sent to the island to check what it may be. At an abandoned whaling station, they find a hole in the ground. Three hundred meters down the hole, they then find an old pyramid. Soon extraterrestrial beings appear, and the rest of the film is an insane battle between good beings and imperfect beings.

Topics
Apply for any visa in two clicks!
Islands
Do you want to get a Bouvet Island visa easily?
Get your visa now 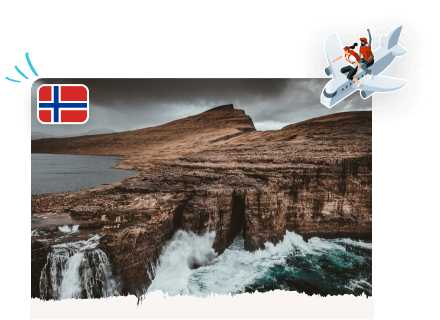