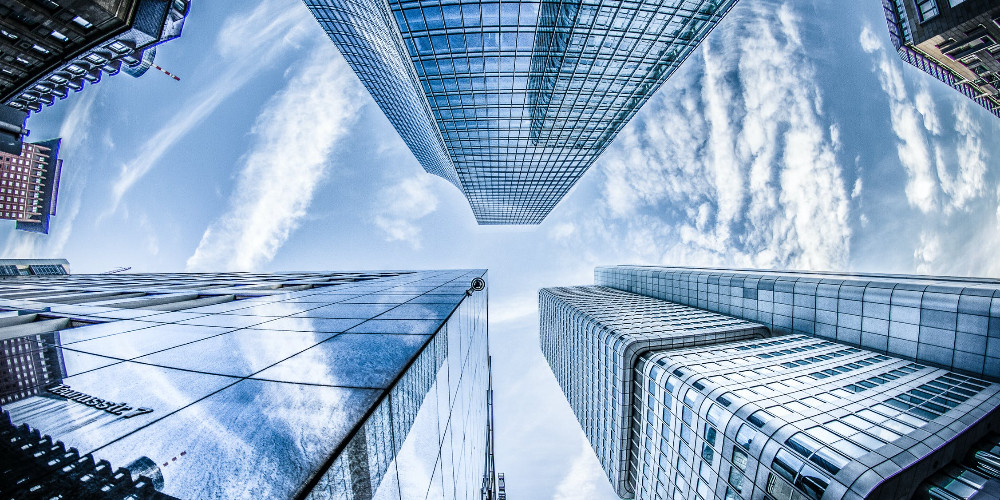 10 Architectural Wonders of the Modern World

Undoubtedly, it is the appearance of the city that makes it attractive these days. By the look of the town, we mean its architecture. What makes modern architecture more unique is the combination of both the past and the present, the innovative design of today, and future dreams.

The architecture is not fixed; it is always being updated and changed. That is why architecture has several unique styles. While baroque, rococo, gothic, and other tendencies were of high eras a few centuries ago, now the kitsch, modern, and expressionist style play an indispensable role in architectural design.

Although this style was formed in Europe in the 1890s and 1910s, it is still in its heyday. The peculiarity of the style is that it avoids classic lines and angles and prefers unusualness. The addition of new materials to the construction eliminated the borders for architects.

And the modern-day miracle of modern style building will bring joy to book lovers. If you are travelling to France, do not forget to return to Nice! There you have the library named after Louis Nucera, which amazes with its perfection.  The library does not resemble any other buildings in the world by its features. Its strangeness is concentrated on the roof. The upper part is built in a head shape resembling a large box. The library's unusual name also reflects this. Although its name in French sounds like "La Tete au Carre," it is translated as "thinking in the box." The architects of the library, built in 2002, were Yves Bayard and Francis Chapus. This library is one of the modern architectural wonders of the world.

In the list of architectural styles, another style combining glass, plastic, metal, decentralized lighting, new technologies, lifts, stairs with various designs, and more is high-tech style. This style was widely used by the British in the 1970s and 1980s. Although it is mostly seen in the construction of the office buildings, we shall not forget the most beautiful hotel in Arabia and the world.

When we talk of contemporary high-tech style, the first building that comes to mind is Burj Al Arab, the first 7-star hotel in the World. The hotel was built in 1999 on an artificial island 280 meters from the coast. The 321-meter-high hotel is in sail form. Choosing the Al-Arab Hotel, you accept the legendary interior, luxurious rooms.

You may not have encountered "aggressive" architectural buildings that crossed the border in the city's restrained streets. All these buildings are deconstructionists. Visual complexity, deliberately distorted, destructive forms are some of the most distinctive features of the 1980s style.

Museums are also a way of reflecting the country's culture and history. One of the most visited museums is the Guggenheim Museum, reflecting the style of deconstructionist in Bilbao, Spain. In his work, architect Frank Gehry touches on the sea theme, and the structure is like a ship floating along the Nervion River. There is no straight edge in the building, and the surfaces are softly folded and blended. The Guggenheim Museum impresses visitors not only by the art it exhibits but also by its design, and it is one of the most famous among modern architecture buildings.

How do you think a style characterized by words like "tasteless," "cheap," should be? The kitsch style will answer that. The style that emerged during the bourgeoisie and the poverty period is interpreted as "cheap" from the German translation. Kitsch is now available everywhere. It combines other styles and creates new unique masterpieces.

Kids' favourite game is to build houses from plastic bricks. It seems, Inntel Hotels still likes to play with the plastic bricks. A large design hotel is in Zaandam, the Netherlands. The hotel, built in kitsch style, is made up of 70 different homes. For tourists, this venue is a reality of childhood dreams.

The expressionist style that emerged after the First World War is relevant today. Expressionism transcending the classical architectural forms using natural landscapes (mountains, caves, and others) characterizes itself in theatre and temple construction.

We are counting our top ten modern architectural wonders of the world list with The Lotus Temple is one of the most magnificent places not only in India but in Asia as a whole constructed in the expressionist style. The temple is described as the newly blossomed Lotus flower and is still "blooming" on the water. Nine pools surround this temple. It is through these pools that you can get inside the bulb. The temple, built in 1986, is now a favourite of modern architectural turquoise.

Postmodern architecture, which is a novelty in the cities frustrated from modern style, came into being in the 1960s. The postmodern style began to add new 'flavours' to the architecture using resemblance to historical monuments, a sign to the sculptures of the past, shortly, "ancient tastes."

One day, Rotterdam official Hans Mentnik instructed architect Bloma to design a project at the place of an old port that would go beyond the modern style and will be original. That is how the Cube Houses have appeared in the heart of Rotterdam. Residents sometimes offer small excursions to the homes, as the houses are of interest to tourists.

Do you think that the unity of nature with man is only philosophical thoughts and art, or architecture?

The main task of organic architecture is to express the inner world of the human and its harmony with nature. Buildings are part of nature and are in harmony with it. This style, which rejects all geometric figures, is made of materials that fit the surrounding landscape.

One of the modern architectural wonders of the world - Fallingwater, the house over waterfall, the benchmark for organic architecture is the reason why hundreds of tourists flock to Pennsylvania. Frank Wright has been inspired by nature and has eventually managed to create a "flying" house on a waterfall.

This style is a product of the end times - the 1990s. During this time, architects were searching for new shades, colours, and borders. One of the representatives of digital architecture that opposes all symmetry, even the laws of physics, is Zaha Hadid, the architect whose statues attracted everyone.

Known for "Space Buildings," Zaha Hadid created the pearl of digital architecture in Azerbaijan. The shining Heydar Aliyev Center in Baku represents a bright future. The wavy form of the building, along with resembles the sea theme, symbolizes the flow of the past into the future. This building is one of the most beautiful amongst all Zaha Hadid architects.

Grey walls and giant buildings are the basis of brutalism. Brutalism, prevalent in the UK in the 1950s -1970s, was characterized by the complexity of buildings and the "weight" of structures.

Known for its grandeur in Canada, Habitat 67 is a chaotic building made of 354 cubes. Even though it looks like a playhouse from the outside, the structure also increases functionality. Being the most famous sights in Montreal, this building is also one of the famous buildings in the world.

Constructivism is an adventurist style of architecture dating from the 1920s and 1930s. The basis of constructivism is to create not only functional but also expressive buildings. Architectural monuments gain effectiveness not by their decorations but also by their forms and materials. Glass, concrete, metal becomes a painting tool in the hands of architects.

We witness this in the joint work of Viktor Kramarenko and Mikhail Vinogradov. The library they have created based on the "Belarus diamond" demonstrates the value of science and knowledge. Belarus National Library attracts both locals and tourists with its unique structure, rare books, and exciting excursions. And this building is the last one in our top ten modern architectural wonders of the world list.

There is no limit to human fantasy, and modern architecture proves this. Almost every year, dozens of new architectural pearls are created. Who knows what miracles created by man will be listed here years later?

Arzu was born in 2001 in Saint Petersburg, Russia. She lives in Azerbaijan since 2006. She loves travelling a lot and has been to a few cities of Russia and Azerbaijan. Her biggest dream since childhood is to see the beauties of Paris on her own. While waiting impatiently to realize this dream, Arzu has already achieved a few other goals of her. Her realized dreams include studying at the Journalism faculty. Arzu, who has a deep knowledge of this field, is fond of writing about her experiences.