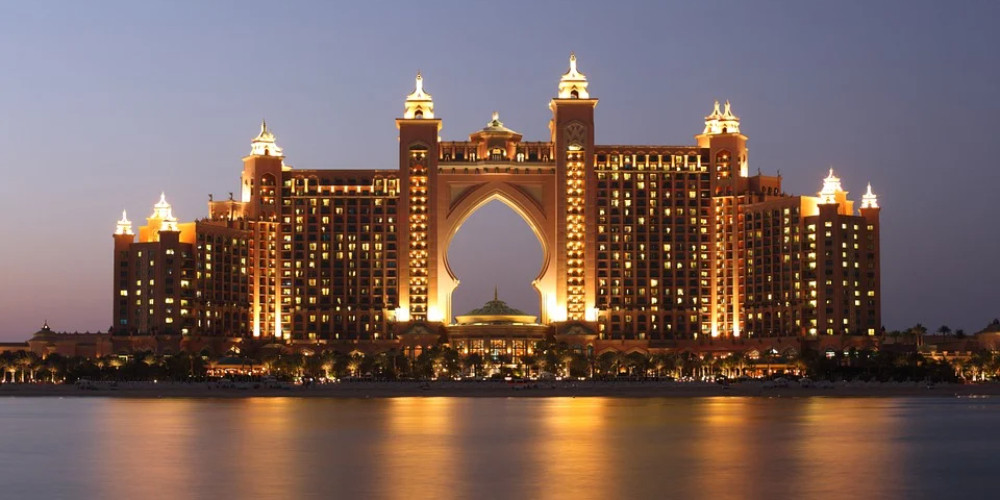 10 most extreme hotels in the world

It is located on Pemba Island, Tanzania. In fact, the hotel is not on the island; it is on the Indian Ocean, on a living coral reef. The Manta Resort has an underwater sea room and floating suits, which makes it one of the nicest hotels in the world. Imagine sleeping in a glass underwater room and looking at fish bubbles or watching the stars of the Milky Way. That is wonderful! Prices per night are quite similar to that kind of tropic resort, but the rates of underwater suites are much higher than the others.

Costa Verde Hotel is located in Costa Rica’s tropical forests, near Manuel Antonio National Park. At first glance, it seems like an ordinary hotel complex in the middle of the forest on the island with more monkeys than humans. But, what makes it specially beautiful and one of the extreme hotels in the world is the 727 Fuselage Home. It is an inactive Boeing 727 airplane from 1965. The hotel owners brought and refurbished the airplane, and now it is a part of the hotel. There is a suite for two people in the aircraft, and it feels like flying in the jungle with business class. The rates vary between 250 - 850 US dollars depending on the season.

This is one of the lovely and fantastic hotels of Arctica, located in Nordland, Norway. Its name literally means “a place for deep thoughts”, and truly that makes it one of the best hotels in the world. Fordypningsrommet is an unusual hotel for simplicity lovers who wants to calm and relax under polar auroras without having any cars, shops, noise, and stress around. Even if you plan to visit the hotel in summer, do not forget to pack wool for wind and rain. Reaching the island is one of the challenges that make it one best extreme hotels in the world. Boats are the only means of transport to get to the island, and usually heavy winds cause delays. So, bear in mind that your trip may longer than intended and be ready for the adventures of astonishing Arctic nature. The price per night is about 270 US dollars.

If you’re wondering, “where can I see extreme hotels?” we are offering you another one. The less luxurious hotel in the world is located in Bangladesh. It is also the cheapest hotel in the globe, prices per night range between 0.3 - 2 US dollars. The hotel is on the bank of the Buriganga River and consists of 48 rooms in 5 floating boats. There are no meals included in the price; it just covers clean water and basic sanitary services. This hotel earns to be ranked at the bottom of the list of the best hotels in the world. Do not expect more! You have to be both physically and psychologically healthy and strong to visit this accommodation facility. Faridpur Hotel is mostly visited by the immigrated low-cost labour force. However, the hotel is one of the unusual hotels in the world, where guests can experience the lives of the underprivileged. If you are interested, where can I see extreme hotels? Dhaka can be listed among the place of the worst and most extreme hotels in the world.

It feels like to accommodate in a nest of condor birds. Skylodge Adventure Suites consist of transparent capsule rooms hanged from mountains. It is located in Peru, Sacred Valley of Cusco. The guests need to climb or hike 400 meters to reach one of the best extreme hotels in the world. The suits consisted of three transparent capsules. You need to book a room months before arrival, so suites can only accommodate 8 lucky people each night. This hotel is popular among nature lovers because it is almost eco-friendly, and all equipment works with solar energy. The view of the Sacred Valley is marvellous from one of the nicest hotels in the world. If you are overweight, do not ignore to lose weight because ziplines to the hotel can only carry up to 120 kilograms. The prices per person range between 400 - 450 US dollars and include breakfast, too.

This arctic resort is located in the northern part of Finland, in the Lapland, the land of Santa Claus. Kakslauttanen is considered one of the nicest hotels in the world and consists of glass igloos, log chalets, snow igloos, traditional houses, wedding suits. However, this place is especially popular for its transparent glass igloos, where guests can observe and admire northern lights while lying in their beds. Aurora Borealis can be observable from the end of August till April at the hotel. Snow igloos look like real houses of Eskimos. They were built of snow and can keep inside warm despite -40 degrees (C) outside. In Kakslauttanen, you can also try conventional Finnish sauna. The prices of glass igloos per night for a single person start from 400 US dollars.

This hotel is located in the Netherlands, but it is not on the land. It is situated on top of a monumental harbour crane! This crazy idea makes the Faralda one of the unusual hotels in the world. Before, they were just old harbour cranes. Now, after restoration, these three expensive, five-star suites in Amsterdam became quite popular among extreme and adventure lovers. Moreover, Faralda is a great place for private and corporate parties, music events, and so on. The hotel is particularly visited by CEOs, high-level corporate workers, famous people as an unknown and secret spot in Amsterdam. Prices are quite high and start over 1300 US dollars per suit. Guests can also hire a helicopter to get to the Crane Hotel with an additional fee.

An idea of one of the best hotels in the world is Null Stern. It is a hotel in the open air without ceiling and walls, located in Appenzell, Switzerland. The slogan of the hotel states that the only star is You. The initial part of the Null Stern Hotel project has started in the summer, 2020, and hopefully, it will continue to operate next summer. It is a brilliant piece of art on the top of the mountain, sleeping under the stars by embracing nature.

One of the most extreme hotels in the world is situated 155 meters underground in Sweden. From the sixteenth century, Sala was the most valuable and largest silver mine in Sweden. After centuries of exploitation, the precious metal had run out, and only elevators, excavated rooms, empty tunnels had left behind. Now, it is included among our extreme hotels’ list because it is considered as the deepest hotel in the world. The temperature of the mine is constantly 2 degrees (C), but the suite can be warmed up to comfortable degrees. Additionally, it is the only means of accommodation of its characteristics. Sala Silvergruva has a suite with a cosy double bed and, of course, silvered furniture. Another fact which makes this suite even more extreme is that the only way of communication down there is an intercom connection with the hotel receptionist because there is no network. It is frightful to experience living in the mine without an outside connection.

You will not believe it! The Icehotel is completely made up of natural ices of the Torne River. This fascinating and extreme hotel is located in Northern Sweden. It may sound even more strange, but the hotel’s building is temporary and seasonal. Its parts melt in the summer and should be rebuilt in the winter again. The hotel is open from December to April. Although there are many hotels from ice in the world, Jukkasjarvi’s Icehotel is the first of its kind and had operated since 1990. It may seem easy to stay at this hotel; however, it is a great challenge. There is no heating, and the temperature of all rooms are around - 5 degrees (C). Most of the amenities and equipment are made up of natural ice, even glasses and bars. The rooms do not have bathrooms; all bathrooms are situated in the nearby warm facility. Also, the Icehotel is the world’s biggest piece of art made of ice.

If you are still asking, where can I see extreme hotels? Probably, you have the answer. People build extraordinary hotels of ordinary things with creative ideas in every part of the world.

Best hotels for animal lovers Useful mobile apps to make your travel easier What are the main tourist resorts in Haiti?