12 Instagrammable places in Antigua and Barbuda 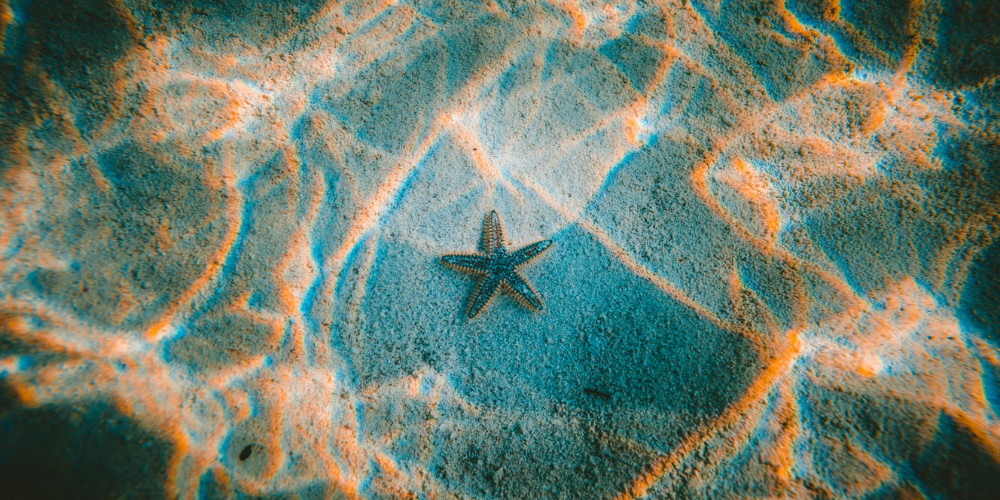 Why you should get an Antigua and Barbuda visa? Former British colonies in the eastern Caribbean, Antigua Island and Barbuda Island boast some of the most delightful beaches in the world. Antigua is proud to announce that it has "a beach for every day of the year," and Barbuda, Antigua's sleepy sister island, is also blessed with some pristine stretches of pink sand sprinkled with chic resorts. Not surprisingly, many movie stars and tycoons come to these islands to swim, surf, sunbathe and swoon on the dazzling shores. Instagrammable places of Antigua and Barbuda on the map – this is the whole island. Antigua attracts most visitors. Many come to the port for cruise ships in the colourful capital of St. John, where the main attractions are shopping, museums and historic buildings. The island retains its history as a strategic seaport, and animal lovers can swim with friendly stingrays. Peaceful Barbuda is home to less than two per cent of the total Antigua and Barbuda population. Privacy seekers and nature lovers appreciate the tranquillity, while the birds love the legendary frigate reserve. Water sports abound on both islands: diving, swimming, fishing, sailing and windsurfing are all popular, and golf enthusiasts will find a couple of scenic courses on Antigua.

Where is Antigua and Barbuda?

History of the capital of Antigua and Barbuda

During the first wave of European colonization, the islands of Antigua and Barbuda were abandoned. However, in 1632, England established a colony on the island, and soon there was large-scale immigration of British and their African slaves to Antigua and Barbuda. Since then, St. John's has served as the administrative centre of the English colony. After the country's independence in 1981, St. John's became the capital of Antigua and Barbuda. St. John's is a well-developed city with thriving fashion industry and several shopping centres and boutiques distributed throughout the city. High fashion clothing stores and designer jewellery stores sell their valuable collection to a large number of tourists visiting the city. The capital of Antigua and Barbuda is also a major tourist destination. Many tourists land here when cruise liners dock in the harbour of St. The city also has a well-developed investment banking industry, and the offices of many of the world's major financial institutions are located here. V. C. Bird International Airport serves the city. The population of St. John's represents the composition of the rest of the nation. The majority of the population is African, while the city also has a white minority of predominantly Portuguese and British descent. The rest of the population is mostly made up of people of mixed European-African descent. The Instagrammable places of Antigua and Barbuda on the map are mostly located in the capital. St. John's is famous for St. John's Cathedral. The botanical garden, located in the city, is full of greenery. The lighthouse in the city harbour, the light of St. John of Antigua, is also a landmark of the city. Several forts built in colonial times introduce visitors to the history of Antigua and Barbuda. St. John's is also home to many museums, such as the Museum of Antigua and Barbuda, which exhibit historical, geographical, and cultural artefacts associated with the region.

Interesting facts about Antigua and Barbuda

More than 30,000 vehicles are registered in the country (348 vehicles per 1000 inhabitants). 2. The national top-level domain is .ag. There are more than 18,160 sites with this extension. 3. The most popular pages with the extension .ag are designm.ag, sportbook.ag and warez.ag. 4. This country has more than 1,170 km of paved roads (0.002% of all roads in the world). 5. There are 3 airports in the country, 2 with a hard surface. 6. There is no state religion in Antigua and Barbuda. Churches are separated from the state. 7. In most dishes are made from corn and sweet potatoes. 8. Christopher Columbus named the island of Antigua after the Cathedral of Santa Maria La Antigua in Seville. "Barbuda" in Portuguese means "bearded", named after the appearance of fig trees, whose long roots resemble a beard.

How to get to Antigua and Barbuda?

With direct flights and convenient connections from all of our main source markets in the United States, Canada, the United Kingdom, Europe and the Caribbean, you will be in the Instagrammable Caribbean twin islands of Antigua and Barbuda in no time. There are many options for direct flights to the United States, Great Britain, Canada and other Caribbean islands. Antigua and Barbuda, how to get to the beauty of this state and what do the Instagrammable places of these islands look like? Read on!

On the southeastern tip of Antigua, the serene Half Moon Bay is bordered by one of the Caribbean's finest beaches. Protected by a reef, this idyllic crescent of fine white sand and azure sea, backed by natural foliage, offers great snorkelling on calm days. When the wind increases, the surf can be choppy. A small restaurant offers snacks near the beach. Please note that the beach is hard to find, so you will need GPS. Location: South-East coast, Antigua

If you've been afraid of stingrays all your life, this fun full-time adventure on a five-minute speedboat off the east coast of Antigua should put those fears away forever. Stingray City is a shallow, sandy-bottomed pool in the middle of a tropical reef, where hundreds of friendly southern stingrays glide through the crystal-clear waters, waiting to be fed by visitors. Depending on your comfort level, you can stand, swim or dive with them, and after the meeting, explore the surrounding coral reefs. Feel their smooth, satiny bodies touch your skin - that's the highlight of this exciting adventure. A trip to Stingray is one of the most popular activities in Antigua.

Those strolling along Barbuda's 17-Mile Beach will surely never see a more delightful stretch of sand or other footprints. Surrounded by pale sea waters, this stunning stretch of pink sand separates the Barbuda lagoon from the Caribbean Sea and pleases even the most jaded beach lovers. Amenities are few if any, so you should bring your own supplies.

One of Antigua's most popular tourist attractions, Nelson Dockyard National Park in English Harbour, is home to the former 18th-century British Naval Dockyard on Antigua (listed as a UNESCO World Heritage Site in July 2016), as well as restored historic buildings and some of the island's best nature trails. The Nelson Shipyard is the only permanent Georgian shipyard in the world. The restored marina, with its Instagrammable old stone warehouses, includes hotels, restaurants, shops, galleries and museums. Both the Admiral's House Museum and the Shipyard Museum trace the history of this place from the 17th century to the present day. After the Dockyard tour, you can enjoy an Instagrammable view of the island from the ruins of Fort Shirley, located at the top of the hill at Shirley Heights, or Fort Berkeley, at the western entrance to the harbour. The park is also home to the 18th-century Clarence House, originally built for the future King William IV, and the Dow's Hill Interpretive Center, located along the lookout trail near Shirley Heights. Address: English Harbour

In the far north of Antigua, Dickenson Bay is one of the most popular tourist destinations on the island. Surrounded by a sprawling white sand beach and outdoor resorts and restaurants, the bay is great for swimming and offers a wide range of water sports. Sports cameras are sprayed along the beach. The bay is also a centre for windsurfing in Antigua.

St. John's, the capital and cruise ship port of Antigua and Barbuda, is a kaleidoscope of colonial candy-lined cottages and market stalls piled high with tropical fruits and flowers. The white neo-Baroque towers of St. John's Cathedral, one of the city's most distinctive buildings, rise above the horizon. It is currently undergoing a thorough restoration. To learn more about the island's history, visit the Antigua and Barbuda Museum in the former 18th-century Courthouse. Shopping is also well developed in St. John's. On the Heritage Quay, you will find a variety of duty-free shops, souvenir stalls that attract tourists to Redcliffe Quay, and on Fridays and Saturdays, there are lively public markets in the harbour. For views of the city and harbour, visit the ruins of the 18th-century Fort James and Fort Barrington, built to defend St. John's from the French.

Along the rugged northeast coast, Indian Town National Park is decorated with a natural limestone "Devil's Bridge", whose sculpture has been created by surf surfers for centuries. At high tide, the waves pass geysers of water through the chimneys in the nearby rock. In addition, the park offers several useful walks and excellent work with birds. The park is home to more than 36 species of birds among the acacias, while the eastern point of the park is believed to have been an Arawak campground. Address: North-East coast of Antigua

The Antigua and Barbuda Museum traces the history of these islands, from their geological origins to their political independence in 1981. The museum houses a full-scale replica of the Arawak dwelling, as well as pottery, weaving, tools, and exhibits dedicated to the various ecosystems of the islands. The museum is located in a former 18th-century courthouse in St. John's. Address: Long Street, St. John's

9. Drive along with the fig trees

Along the southern coast of Antigua, Fig Tree Drive runs through rainforest, farmland, and fishing villages. This scenic drive offers a glimpse of local life. Banana trees (locals call them "figs"), mango and coconut trees dot the landscape, as well as the ruins of sugar factories. Look for roadside stalls selling freshly picked fruit. Along the route is the Fig Tree Studio Art Gallery, which sells vibrant examples of local art, and nearby zipline tours of the rainforest.

The Barbuda Bird Sanctuary is a haven for birds. Accessible only by boat, the bird sanctuary is located in the northwest lagoon of Barbuda and is home to one of the largest colonies of nesting frigate birds in the Caribbean. These large seabirds are known for their bright red calyces and one-and-a-half-meter wingspan. The reserve also attracts about 150 other bird species, such as herons, cormorants and pelicans.

Darby Cave, caused by the dissolution of limestone, is one of the most intriguing natural features of Barbuda. Although it is often called a cave, it is actually a sinkhole with a diameter of more than 100 meters. Unlike the dry surrounding brush, the lush vegetation blooming inside resembles a rainforest with ferns, tall palm trees, and thick lianas swirling around the tree trunks. Many birds can be seen among the leaves. Draining the water also created stalagmites under the overhang.

On the beach by the river, a few miles south of the village, the Martello Tower (River Fort) was built by the British in the early 19th century on the site of a previous fort, which was probably built by the Spanish. Today, the thick stone walls and gun platform of this small defensive fort are mostly intact, and the ruins are attached to the remains of the previous fort. The tower is the tallest building in Barbuda and an important landmark of the island.

Tours to the exotic Caribbean islands of Antigua and Barbuda are a pleasure for understanding and well-off tourists. Magnificent nature, blissful privacy and a comfortable climate throughout the year-these are the main features of the direction.

Topics
Apply for any visa in two clicks!
Countries
Do you want to get an Antigua and Barbuda visa easily?
Get your visa now 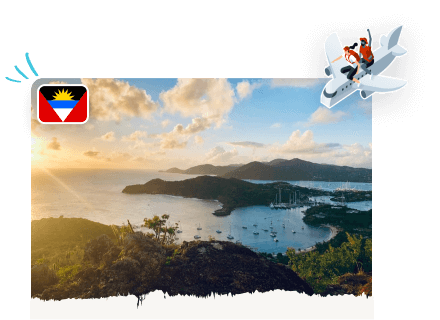