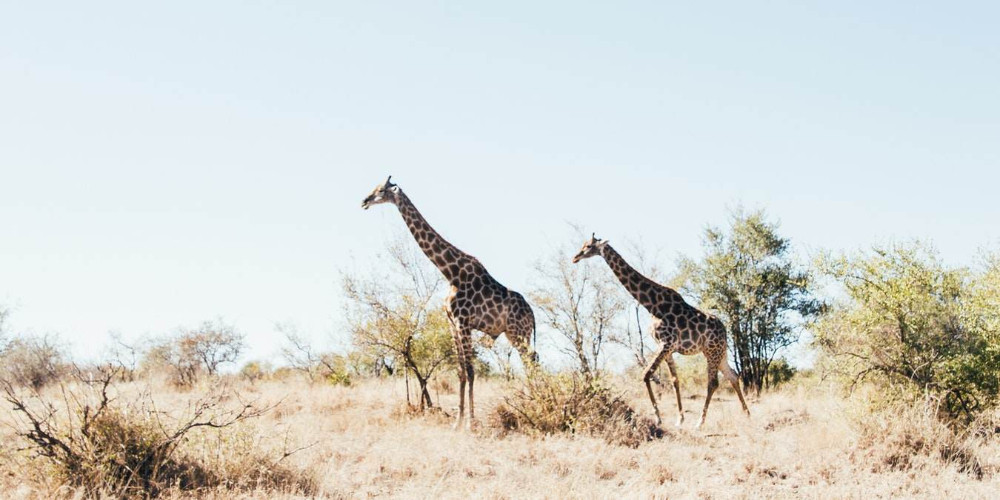 10 reasons why you should travel to Gambia right now

The number of people who travel to African countries increases every year. African countries have mysterious nature, exciting and unique traditions, etc. In this blog, we are going to talk about the Gambia, the western state of Africa. First of all, you should be sure is it safe to travel to Gambia. Now, let us learn how to travel to Gambia and what will be the benefits of this trip to you. First, let us understand where is Gambia. The Gambia is the smallest country on the African continent, but it has countless beauties in its small territory. It has an interesting and uncommon geographical structure. The country's peculiar shape and size are the result of territorial compromises made during the 19th century by Great Britain, which controlled the lower Gambian River, and France, which ruled Senegal's neighboring colony. Let's look at where is Gambia in a more detailed way. The Gambia borders the Atlantic Ocean in the West and is famous for its fine beaches. The capital of Gambia is Banjul. Banjul is not merely Gambia's capital, but it is also the central touristic city of Gambia. Banjul is situated in the West of the country, where the Gambia River enters the Atlantic ocean. There are the main historical places located in Banjul. It is a 6 hours flight from European Union airports to Gambia. Besides, there are many reasons to travel to Gambia, and you will learn ten pieces of travel advice to Gambia. We will also answer the following question: is it safe to travel to Gambia? What to bring when travel to Gambia? What language is spoken in Gambia?

The namesake of the Gambia, Gambia river flows through the entire country. It is popular for its wild fauna and attractive landscape. Gambia river is one of the leading transport rivers in Africa. Be sure that you will enjoy the fantastic excursion on the river. During the tour, you will get acquainted with the wild parks, which consist of peculiar fauna. Few wild animals are native to the region, and those that survive are under pressure from the human and domestic animal populations. There are warthogs, monkeys, baboons, antelope, pygmy hippopotamuses, and crocodiles in the middle and upper river areas. If you take a trip on the river, you have to get all the information about what to bring when travel to Gambia. The weather is usually warm or hot, but in winter months it could be breezy, that's why don't forget to bring along a jacket or jumpers. The Gambia has an intense rainy season generally occurring between June and October.

Sacred crocodile pool sounds exciting. This pool is situated in Bakau. Besides, there are many crocodile pools in the Gambia, but this is its most famous pool. It is estimated that there are about 80 crocodiles in the pool. Here, women of Gambia perform fertility rituals. Are you looking for a wild adventure? Travel to the sacred crocodile pool may be good travel advice to Gambia. A trip to the collection will be one of the best moments during your time in Gambia.

The Gambia is the country with sunny beaches that attracts the most tourists. The beaches of Gambia are full of palm trees, lounges, restaurants, bars. If you are a beach lover, then you will have a wonderful time in Gambia. With its beautiful nature, fun nightlife, and traditional villages, Sandy beaches will be the best choice of travel. The beaches of the Gambia on the Atlantic coast will make your vacation unforgettable. Here you'll find some enticing low-key hotels, as well as a vast stretch of sand with a more local flavor.

This small town is one of the famous tourist areas of Gambia. This town is renowned for its appearance in the novel Roots: "The Saga of the American family" by Alex Haley. It is a town with traditional places. Here, you can get acquainted with customs and traditions, meet the warm people of Gambia. What language is spoken in Gambia? The official language in the Gambia is English. It is a great advantage for visitors that will help a lot during their time in Gambia. So you can meet smiling, warm and kind people of Gambia. But the most frequently spoken languages are generally of the Atlantic branch of the Niger-Congo family. Moreover, several national languages, such as mandika, wolof, serer,fula, and jola.

The Gambia is famous for its delicious and rich cuisine. Fish dishes are trendy here. Traditional Gambian dishes are full of vegetables and spices. If you are fond of delicious foods and different tastes, travel to Gambia will be unforgettable for you. Do not forget to attend home-cooking excursions. You will learn the local cuisine's secrets and have an exciting and memorable time with the local community on home-cooking tours. Here you also can find a lot of restaurants with European and Chinese cuisine.

Wrestling is not only a sport, but it is also a culture in the Gambia. There are a lot of young people who are interested in wrestling in the Gambia. In this way, they want to demonstrate their superiority and strength. They believe that the winner of the match will get a superior spiritual power. Wrestling competitions take part on the beaches and are accompanied by national music. Games involve music, dance, costumes, and much spectacle and draw large crowds. Wrestling is a local entertaining competition and is the official sport represented in the world arena.

It doesn't matter if you are fond of animals or not when you travel to Gambia, colorful and noisy birds will astonish you. Especially different species of birds will accompany you along the tour on the Gambia River. There are more than 540 kinds of birds here. Every year bird watching tours are organized in Gambia to watch and discover new bird species.

One of the most famous places in the River Gambia National Park. Here you can get acquainted with the wildlife of Gambia. The park is famous for its Chimpanzee Rehabilitation Project Camp. This project was funded in 1969. There is no electricity, and although they give you solar lamps at night, it will be a good idea to bring along such lights. So, you may ask what to bring when traveling to the Gambia. It will be better to bring along all prescribed medications; you should have loose-fitting dresses due to the warm climate. For protection from the scorching sun, bring along a hat and sunglasses.

Many festivals and ceremonies are reflecting the cultural life and traditions of the Gambia. Some of them are associated with ancient religious beliefs. Recall that the official religion in the Gambia is Islam. So, there are some Islamic festivals held every year. One of the famous ceremonies is the Naming ceremony. In this ceremony, the newborn is named. The name chosen is by custom kept secret by the father until the actual occasion. The ceremony includes local music and dances. Islamic festivals are Ramadan, Tobaski, Koriteh. In addition to local religions, Christianity is also widespread here. Several Christian ceremonies are held every year. There are several ethnic groups in the Gambia, and each of them has its musical traditions. Each ethnic group has its dance and ranges from the wild, dynamic and exuberant arm and body movements, foot-stamping, and hip gyrating. ( there are eight main ethnic groups in the Gambia). One of the most popular festivals, the International Roots Festival, an annual heritage celebration created in 1996, attracts African diaspora members worldwide. Local musical instruments are made from local materials such as wood, hide, calabash gourds, and horns. Although each people have their favorite drumming tunes and unique dance styles, most Gambians perform a similar popular dance. Dance and music, traditionally tied to village activities, are still important today. Regular shows are held, especially at harvest time and during the dry season when there is less agricultural work.

There are a lot of crafts, town, and village fruit markets in the Gambia. You can also experience the culture of the Gambia through art shops. These shops are usually located close to tourist hotels and even inside hotels. There are also a few art galleries with shops and cafes selling West African art. Fruit and vegetable markets are very famous in the Gambia, too. Interesting exotic fruits and vegetables grow in the Gambia. You might also find locally made jams, condiments, and honey produced by enterprise charities. The most famous market in the country is the Albert market, which is situated in the capital of Gambia, Banjul.

In this blog, we have listed why you should travel to one of the fascinating African countries. The Gambia is an excellent tourist destination, thanks to its golden beaches, rich cuisine, sports activities, festivals, magnificent culture, and dynamic life. We tried to give useful travel advice to Gambia. We have answered the following questions: Where is Gambia? Is it safe to travel to Gambia? What to bring when travel to Gambia? What language is spoken in Gambia? After you have known many useful travel tips, you can arrange a great vacation in this fascinating African country.

“War was peace; freedom was slavery; ignorance was strength”. But not anymore. The biggest power of our time period is information and knowledge. Individuals are as powerful as much knowledge they own. Murad believes that powerful individuals create more powerful and developed society. In order to reach this society, people should share all information and knowledge they own with each other. That is the main reason, he loves to research and gather knowledge in all the fields, and of course, he also understands the vitality of sharing this information with people around. He is sure about he will achieve his goal by sharing this articles in this platform.