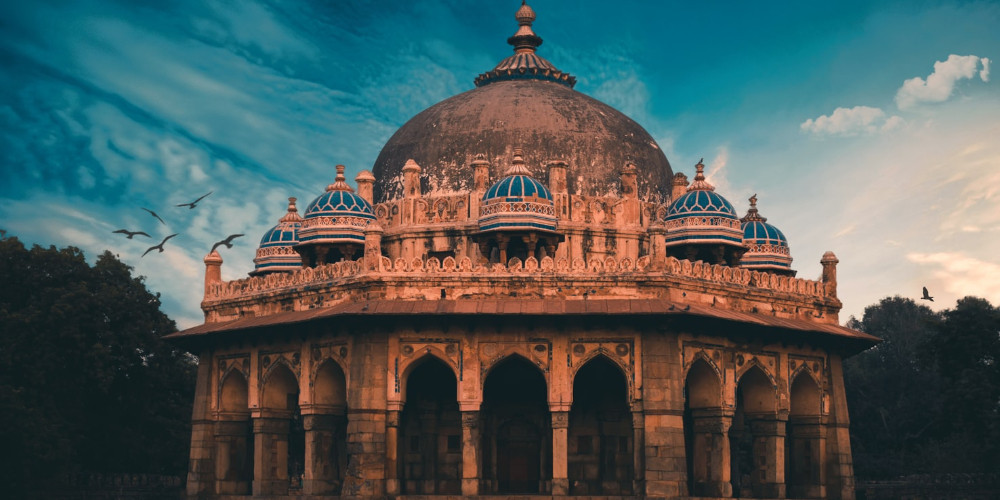 The capital of India, Delhi, caters to the needs of all types of tourists and travellers. If you wonder what to see in Delhi, consider that there is a lot from history lovers to architecture enthusiasts, nature lovers to photographers and picnic travellers. Being the largest city in the world, everyone can travel to Delhi with their family and friends and spend a memorable time there and get the best selfie for an Instagram feed, of course, after getting their India tourist visa. If you want to travel to India, put Delhi at the top of your travel list. Most travellers also come here because the history of India is connected to Delhi. Many stories of the rule of ancient kings, emperors are associated with Delhi. If you talk about the present, then whatever you look at, you will definitely find something that will be connected to Delhi—seeing which you will be surprised and your eyes will stop on that side. Be it the political corridors of Delhi or the business news, the winter of Delhi or the delicious dishes found there. You will find so many places to visit that you would not think of and the best thing is that there are many options available for you to roam, i.e. the sites you are interested in seeing. Are you wondering where to take photos in Delhi? Well, you can walk there for hours and click lots of memorable, most liked Instagram photos in Instagrammable places in Delhi. Top 12 Instagrammable places in Delhi:

Humayun's tomb, as the name suggests, is the last resting place of the Mughal Emperor Humayun. This mausoleum is located in the Nizamuddin East area of Delhi, and it is known as the first garden mausoleum of the Indian subcontinent. This historic tomb was built in 1569–70 by Bega Begum, the chief organizer of Humayun. This magnificent mausoleum is situated in the middle of the huge, ornate Mughal Gardens and its beauty increases during the winter months. Tourists are often seen clicking pictures there.

Qutub Minar is the highest tower in the world made of brick. It is the second-largest monument in Delhi. It is located in Mehrauli. It was built in 1192 by Qutub-ud-din-Aibak, the founder of the Delhi Sultanate. Later, the tower was constructed by various rulers over the centuries. The view of this magnificent monument will introduce you to the rich history of India. Apart from the Qutub Minar, in the Qutub complex, you will see many other ancient structures such as the iron pillar and the Alai Darwaza. It became a favourite picnic spot for Delhiites. The Qutub Festival celebrated here is a major attraction for tourists. That is why it is one of the famous Instagrammable places among the possible places where to take most liked Instagram photos in Delhi.

Red Fort is a historical fort located in New Delhi. It is said to be one of the prominent abodes of the emperors of the Mughal dynasty. Shah Jahan built this fort in 1639. The reason for its formation is believed to shift from India's capital Agra to Delhi. Apart from accommodating the emperors and their families, it was the formal and political centre of the Mughal state and was established to influence the events in the region severely. This fort was one of the medieval cities of Shahjahanabad, now famous as Old Delhi. Every year the millions of people visit the Red Fort.

The famous National War Memorial of India is known as India Gate. India Gate is located along Rajpath. It has splendid architecture like the Arc de Triomphe in France, the Gateway of India in Mumbai and the Arch of Constantine in Rome. India Gate is a 42-meter long historical structure designed by Sir Edwin Lutyens. India Gate is the largest war memorial in the country. India Gate also hosts the Republic Day Parade every year, so on Republic Day, millions of people visit here.

Lotus Temple is one of the finest places in the world. When you travel to India, you must visit this place because the structure of this grand building is designed as a white petal lotus. Therefore this temple is one of the most famous establishments in the world. Canadian architect Fariborz Sahba designed the temple, and it was built in 1986. This temple binds religion, caste or sex to a human race. Its purpose is only to promote the unity of the country. Therefore, this temple is also called a symbol of unity. It would be great to take a selfie here. You will probably not see this type of sight anywhere else.

In addition to the charm of Delhi, West to Wonder Park has replicas of the iconic Seven Wonders of the World, made of industrial and waste. It was inaugurated at Rajiv Gandhi Smriti Van, one of the world's first of its kind theme parks. Seven wonders of the world have been created here with 150 tons of waste, with the background of which tourists can click selfies.

India is said to be a country of art lovers, and the National Gallery of Modern Art (NGMA) is a haven for the people here. The National Gallery of Modern Art collected and preserved artistic pieces and paintings of the 1850s in this gallery. This gallery was established on 29 March 1954 by the Government of India. Covering an area of 12,000 meters square, it is the largest in comparison to its later branches in Mumbai and Bangalore. This gallery in Delhi contributes to connecting people around the world with works of modern art with important parts of human art. The gallery has a collection of over 14,000 works of art.

The eighth Sikh Guru, Gurudwara Bangla Sahib, is known for his association with Guru Har Krishna, one of the most prominent religious sites in Delhi. This magnificent temple was built in 1783 by Sikh General Sardar Bhagal Singh. This temple was built in the same year during the reign of Mughal Emperor Shah Alam II. A visit to Gurdwara Bangla Sahib, one of the most famous tourist attractions of Delhi, refreshes your soul. When people travel to Delhi, they definitely consider visiting this site.

9. Mughal Garden, the soul of the Presidential Palace

Popular as the soul of the Presidential Palace, the Mughal Garden is located inside the Rashtrapati Bhavan complex. Sir Edwin Lutyens designed the Mughal Garden in 1917 for Lady Edding. This garden is spread over a vast area of 13 acres, and it is a beautiful incorporation of Mughal architecture with British style. The gardens have a wide variety of seasonal flowers blooming and offer a spectacularly vibrant picture. The Mughal Garden has 159 rare and endangered types of flower species, including tulips, daffodils, Asiatic lilies, hyacinths, viscaria etc.

Rajghat has located 4 km from Janpath in Delhi and holds significance in the history of India. After the assassination of Mahatma Gandhi in 1948, he was cremated at Rajghat, New Delhi. That is why Rajghat has a unique belief. At this place, local people, as well as foreigners and various representatives, pay tribute to the Father of the Nation.

Amongst central Delhi, Jama Masjid is the largest mosque in India. Jama Masjid is one of the magnificent historical architectural sites built by Shah Jahan after the Taj Mahal and Red Fort. Here on the auspicious occasion of Eid, every morning, thousands of devotees from all the states of the country arrive for Namaz (prayer). You will be surprised to know that this mosque can host 25000 people for Namaz at the same time. Unfortunately, non-Muslim tourists cannot go inside the mosque during Namaz.

- located in New Delhi, Jantar Mantar is a huge observatory designed to help and improve the study of time and space. Jantar Mantar was built by Maharaja Jai Singh and completed in 1724. It is considered a part of the collection of five such observatories located in Jaipur, Ujjain, Varanasi and Mathura. A lot of tourists also come here to realize photoshoots for their Instagram.

What is the best time to travel to Delhi?

If you are thinking of travelling to Delhi, then October to March would be an excellent time to visit Delhi. Summer is burning in Delhi, the temperature goes up to 42 degrees, so it is not advisable to go there at this time. When you travel to Delhi during the monsoon, there is a slight drop in temperature, but rain can hamper the planning of your tourist destinations. Hence winter/spring season is the best month to visit Delhi. By reaching there, you will not have to ask where to take most liked Instagram photos in Delhi because there is a wide range of heart touching places to take a selfie.  If you are wondering what to see in Delhi, then many such Instagrammable places will attract you. You will be surprised to know that Delhi, the capital of India, is not only one of the largest cities in India but an excellent combination of antiquity and modernity. At the same time, there are not one or two but many scenic spots for the travellers coming from outside, which attracts tourists. Let's Start Your Travel To Delhi!

Topics
Apply for any visa in two clicks!
Cities
Do you want to get an India visa easily?
Get your visa now 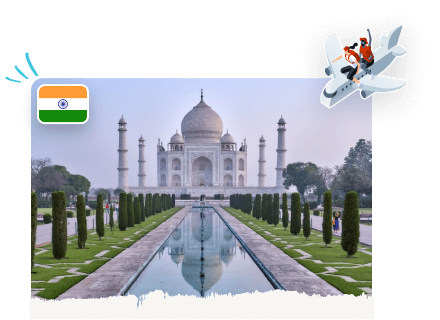