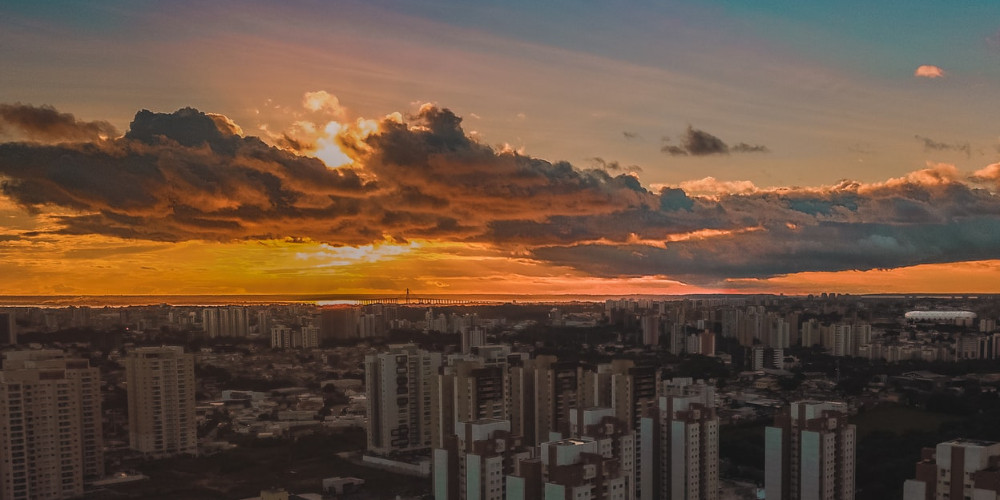 10. Museu do Homem do Norte

People who want to have calm and peaceful rest in a warm, sunny, seaside atmosphere should take their trip directly to the South American countries. These countries can be a great solution to avoid our routine, noisy, crowded, full of problem life. I want to recommend you one not so big, but very sweet city within these areas in this article. It is Manaus. Have you ever been there or heard about this city? Ok, I will try to explore beautiful places in Manaus by discussing "where is Manaus?", "What to do in Manaus?", "how to spend interesting and valuable time in Manaus?". So, in the beginning, let's take a glance, where is Manaus. Manaus is the capital and the biggest city of the Brazilian state of Amazonas. At the same time, it is a river port. This heart of the Amazon River and rainforest is situated in northwestern Brazil, 900miles inland from the Atlantic Ocean, and lies along the north bank of the Negro River. Take a thrilling cruise on the Amazon River, enjoy and obtain valuable information about French culture, taste unique local cuisine, swim with pink dolphins, rest on the beach would be an appropriate answer to "what to do in Manaus?" and I am sure that visitor would spend an unforgettable time in Manaus. Ok, after a little observation, "where is Manaus?", let's discover beautiful places in Manaus during our imaginary travel to Brazil.

In my opinion, Amazon River can be the first Instagrammable destination for visitors. It is located approximately 67 miles from the centre of Manaus. There are two essential places where tourists can participate in several adventure trips. They are the basin of Rio Negro and the plain south of the River Amazonas. Also, you can include Amazon Mystery Kayak Tours, Eco-Discovery Tours, and Amazon Eco Tours in your list of "what to do in Manaus?" On the other hand, the Amazon River would be a fascinating background for your most liked Instagram photo.

Travel to Brazil cannot be thought of without Encontro das Aguas. It is one of the natural wonders in the world. It is 20 kilometres southeast of the city. The Encontro das Aguas ("Meeting of the Waters") is the mix between the black waters of the Rio Negro, and the sand-coloured waters in the Amazon (or Solimoes). It is incredibly unusual because both rivers run together, but side-by-side for about six kilometres without interfering. The reason for this miraculous process is the 6 C difference in their temperature—also, disparities in the speed of the currents and water properties. Sometimes you can see freshwater dolphins in the vicinity too. This fantastic, Instagrammable view can be seen during the tour by boat or by air. Get the opportunity to be there in the period between September and November. You can have a peaceful and significant time in Manaus and take a memorable most liked Instagram photo.

Anavilhanas Islands is one of the Instagrammable places in this South American city. This archipelago contains 400islands and islets, with hundreds of lakes, watercourses, and igapos (flooded forests). This marvellous example of the beautiful places in Manaus is situated in the Rio Negro, between Manaus and Novo Airao. It is the largest freshwater archipelago globally and maintains numerous untouched jungle, an ecological station, and several jungle-based ecotourism lodges along the shore. It has very admirable wildlife. During the period between November and April, the islands are flooded. At this time, night monkeys, sloths, a variety of birds, parrots, toucans, woodpeckers and herons, turtles, and other reptiles and amphibians are living there. But after the waters slowly begin to recede, a lot of animals come back. So, if you like to get acquainted with new wildlife species, you should try this place, which is one of the beautiful places in Manaus.

A great architecture example, Palacio Rio Negro (Rio Negro Palace) was founded in 1903. It was the residence of a German rubber merchant named Waldemar Scholz. Later it existed as the seat of the State Government of Amazonas. In 1997, the purpose of this building was changed and become a cultural centre. Besides, the palace now offers modern art exhibits and concerts. You can also visit a coin museum, fine art museum, and sound- and- image museum. So, it can be a great option for your plan "what to do in Manaus?". Besides, spectacularly landscaped with shrubs, trees, and flowers, grounds can be a great spot for you're most liked Instagram photo.

People who try to breathe in a sunny, warm, and calm atmosphere should Tupe beach among the beautiful places in Manaus. It is located in the village area of Manaus on the left bank of the Rio Negro. Visitors usually visit this beach, which is one of the Instagrammable places between August and March. You can meet not only foreign tourists but also indigenous families who love to share their interesting customs. For instance, you can be invited as a visitor to dance rituals. So, these activities, sunset make this beach one of the places to visit in Manaus Brazil.

Teatro Amazonas can be considered as one of the most famous buildings in Manaus. It is also, known as the Italian Renaissance-style opera house. It was opened in 1896 and is now protected as a national monument. Its pink, arched roof with a central golden dome painted with a spectacular Brazilian flag gives a very amazing and Instagrammable view of the city. This building maintains in itself a collection of the best of Europe's materials. Thus it was built with Carrera marble, Scottish steel walls, Alsatian roofing tiles, Italian chandeliers, Murano glass. Also, the Amazonas Opera Festival is held every year. Ann, in my opinion, can create a chance to spend more valuable time in Manaus during your travel to Brazil.

South America's largest forest reserve and the world's largest protected tropical rainforest will be a great choice among the places to visit in Manaus Brazil. It is The Jau National Forest. It is situated along with the Rio Negro around Novo Airao, on the northwest of Manaus. The incredible fauna of this Instagrammable area maintains rare species such as manatee and the Brazilian otter, jaguars, and Amazon River dolphins. If you want to explore the park and see wildlife, you can use a canoe through its waterways. Also, staying in jungle lodges would be a very interesting and unforgettable experience from your trip.

Another suggestion to the places to visit in Manaus Brazil is Adolpho Ducke Botanical Garden. It is one of the hugest botanical gardens in Brazil. Visitors gain a chance to estimate original, unique tree species. The angelim-pedra, tachi, castanha-de-macaco, and acariquara are among the tree species. At the same time, this park suggests three kilometres of access to the Adolpho Ducke Forest Reserve's distinctive ecosystems. You felt very peaceful, calm, and rested in such a perfect nature atmosphere.

Manaus Customs House, also known as Alfandaga in Portuguese, is a more than century-old structure outstanding for being constructed from imported materials, especially those from England and Scotland. It is an official Brazilian heritage site. Although not open to the public, it is worth seeing the Custom House because of its distinctive architecture and modern and medieval building styles. So, if you are searching "where is Manaus?" you will find this building's name between Instagrammable places in Manaus.

10. Museu do Homem do Norte

Museu do Homem do Norte (Museum of Northern Man) can also be among your choices during your visit to Manaus. This ethnographic museum of northern Brazil has a large collection of materials representing the regional culture and folk traditions. You can see different archaeological finds, indigenous art, items combination which speak about past and contemporary culture. Also, you can get acquainted with regional products such as rubber, cashew, jute, and wood. Outside is a reproduction of forest village houses and plays of traditional rubber and cassava production.

On the other hand, you can watch films in English which describe the life and interesting rituals of the Amazonian people. Besides, you can find unique local handicrafts from various indigenous peoples. Therefore, you would obtain a great opportunity to spend an interesting time in Manaus and enhance your knowledge about this European city's culture.

City Park Club is a perfect proposal for families with little children. The park can be considered as a combination of art, knowledge, and entertainment. If you think, "what to do in Manaus with children?", so you can plan to fun and play in rich programs filled with artistic and cultural activities which contain puppet theatre, cinema, dance, and music in this park.

If you aim to gain both entertainment and knowledge from your travel you should include to your list of places to visit in Manaus Brazil Forest of Science. It was built inside the building of the National Amazon Research Institute in the middle of the city. This Instagrammable touristic place is home to manatees, giant otters, and chelonians in a 13-hectare site that suggest great trails, among other amazing attraction.

At the end of our dream tour of Manaus I would like to say that if you decide to travel to this southern European city, you will not regret, so prepare yourself for an unforgettable visit there.

10 Reasons why you should travel to Rio de Janeiro instead of Sao Paulo 5 unusual restaurants in Manaus South America: danger or beauty? 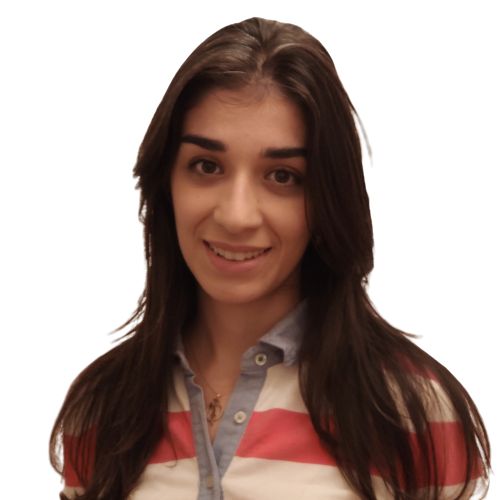 Nigar likes reading and writing. She thinks people can travel anywhere, live different lives for a while, conceive new, strange feelings and obviously, increase knowledge, enhance worldview by reading. So, in her mind, it should be the main part of each person’s life. She tries to read at least 30 minutes every day, in any case. On other hand, writing is a main tool of self-expression for Nigar. She can explain herself much better both in personal and professional life in such way. Her inviolable dream is professional writing by getting from information, experience which she obtains when she travels, reads and lives. And she believes that when we can dream sincerely and transform our dreams to goals, we will achieve, one day, obviously.