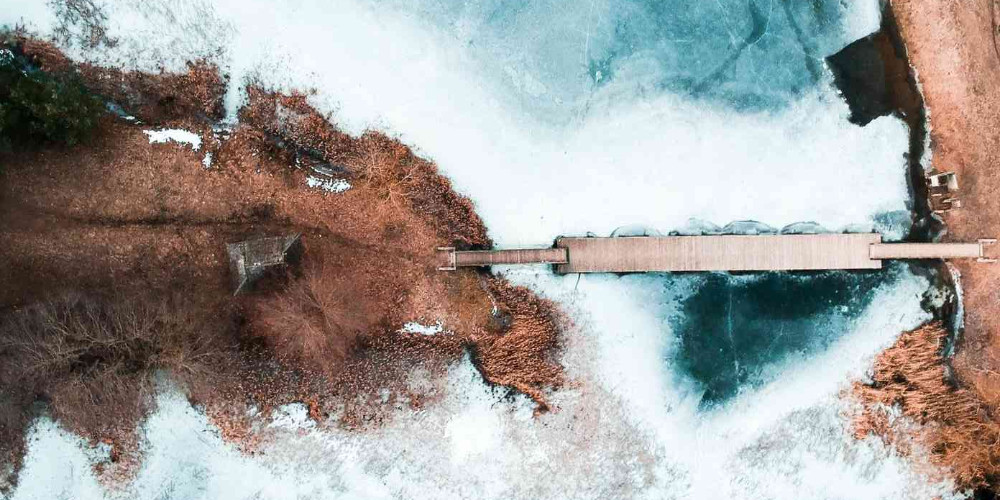 2. Cathedral of Our Lady of the Assumption

Do you know where is Port au Prince? The capital of Haiti, Port-au-Prince is the main port and commercial center of the West Indian Republic of Haiti. It is located in a magnificent bay at the top of the Gulf of Gonâve, which is protected from the open sea by the eponymous island of Gonâve. Port-au-Prince on the map replaced Cap-Haitien as the capital of the old French colony of Saint-Domingue in 1770 and remained the capital of Haiti's newly independent country in 1804. In 1807, its port was opened to foreign trade. The city is the center of the political and intellectual life of the country; here is the State University of Haiti, the Iron Market, where most sellers are women. Recreation for visitors and locals is centered around the city's social clubs, furnished in European style. All the sights of Haiti may not fit into one city, but our topic of conversation today will touch on the capital. And our theme is not just Port-au-Prince attractions but its Instagrammable places. Let's go!

Located in the heart of the city – Port-au-Prince attractions that are closely linked to the arts, the Haitian National Pantheon Museum presents fascinating exhibits that tell about Haiti's history, the heroes of independence, as well as the historical and cultural heritage of the country. The museum, commonly called MUPANAH, was opened in 1983 to perpetuate and spread the memory of the "Fathers of the Nation." This museum of modern history, mostly underground, houses a permanent exhibition dedicated to the history of Haiti's illuminating landmarks, the period of slavery, independence, and modernity. Fascinating exhibits include Tainos pottery; the rusty anchor of Christopher Columbus' ship Santa Maria; a copy of the gruesome Code Noir that regulated plantation operations; the ostentatious crown of Emperor Faustin; and Duvalier's black hat and cane, Papa Doc.

All this can become an object for your "Instagrammable places" and fill up your profile with first-class photos. Architecturally, the design of the museum echoes the houses of the indigenous inhabitants of Haiti, Tainos. This design spirit is also visible in the interior, through which a central conical skylight illuminates a golden monument recreating the cannons and banners of the national flag.

2. Cathedral of Our Lady of the Assumption

Few people know, but Haiti has always had its own Notre Dame. It will be our next Instagrammable place, or rather its ruins because, unlike Notre-Dame de Paris, this cathedral in France was almost destroyed by an earthquake. At one time, it was one of Haiti's most iconic buildings, a symbol of artistry, religious zeal, and God's grace. Today, the ruins of the ruined cathedral of Port-au-Prince serve as a powerful reminder of the disaster that struck Haiti many years ago and the slow pace of its recovery. In any case, this cathedral or what remains of it can serve as a good background for your historical photography, as well as a rescue mission. After all, the fate of the cathedral raises the question: "Can the Church afford to spend $ 50 million on one building?". And the use of such photos is to popularize this problem in the world and find the means to eliminate it as soon as possible – the cathedral's complete restoration.

The citadel has long been the refuge of King Henry Christophe in Haiti. Construction of the palace began in 1810 and was completed in 1813. It was built by Henri Christophe after independence from France in the early 19th century and is one of the important aspects included in the sights of Haiti. The huge stone building was built by the labor of about 20,000 enslaved workers between 1805 and 1820, designed to protect the new free state from French invasions. The citadel has also been a UNESCO World Heritage Site since 1982. Once there, you will have the opportunity to see the building's incredible architecture, built right on the cliff of the hill in just three years.

In the city of Port-au-Prince attractions have military and historical roots, such as Fort Jacques. This fort was built after independence in 1804. It was built by Alexandre Petion and named after Jean-Jacques Dessalines, and although it is well preserved, the structure was slightly damaged during the 2010 earthquake. The ruined Fort Jacques is a short walk from the town. It offers an Instagrammable view of Port-au-Prince, where you can take a bunch of new pictures for your Instagram. The fort is 3 km away on foot or by car from the main road, so you don't have to search for it for a long time. It is even quite pleasant to walk around the exterior, where there is a great view in any case. So it's worth going there anyway.

Papillon Enterprise is a socially and environmentally conscious business whose mission is to boost the Haitian economy by selling and marketing Haitian craft goods. The store offers Instagrammable and safe purchases of a variety of locally produced products. You have the option to buy a freshly made smoothie or coffee drink during your shopping trip. Here work local residents who are trained to make crafts for sale. The money is used to support their families and prevent mothers from making the difficult decision to give up their children due to lack of funding. You should definitely take a tour of the facility if you happen to be there. You can see people making all the items and taking money with you because you will want to buy something well or take Instagram photos.

Visit one of the oldest and most famous rum factories in Haiti – the Barbancourt Rum Distillery. The Barbancourt family began producing rum directly from sugar cane juice in 1862, which is now considered one of the world's best rums. The company has become an internationally recognized producer due to the authenticity and quality of rum. In the mid-1960s, the 15-year-old rum reserve, traditionally reserved for the family, gradually opened up for distribution. With its large plantation, the distillery now uses only its own sugar cane for production. Barbancourt exports its products to more than 20 countries. The factory employs more than 400 people and is one of the oldest Haitian companies. The staff will be happy to guide you around the area and allow you to take a couple of Instagram photos as a keepsake. These impromptu tours usually include tasting, and you also have the opportunity to buy world-class rum directly from the manufacturer.

This gallery has a huge collection of Haitian paintings, from famous masters to emerging artists. Founded by Issa El-Saieh, a jazz bandleader and artist, the gallery is now run by his son and daughter-in-law, his son and daughter-in-law Jean-Emmanuel and Sharona El-Saieh. This is an Instagrammable and charming gallery created by the courtyard of mosaics. Her enthusiasm, as well as her creative approach to everything around her, amazes even people who are not familiar with the art. The number of paintings available to view or buy is simply staggering and simply breathtaking. Art is available in any price range. Owners Jean-Emmanuel and Sharona El-Saieh are ideal hosts and are personally familiar with most of the artists whose work is featured in this amazing collection.

The suburb of Petion-Ville is an eastern suburb that makes Port-au-Prince stand out very strongly on the country map. It is located on the cool northern hills of the Massif de La Selle. Named after Alexandre Sabes Petion, who fought in Haiti's wars of Independence in the early 19th century and later served as president of Haiti's southern Kingdom, it is mostly a residential and resort area. It is almost one with Port-au-Prince, the capital of Haiti. Petion-Ville was also badly affected by the 2010 Haiti earthquake. However, this does not prevent you from enjoying the residential area's current view with its interesting colors and decoration.

Attractions of Haiti in the commercial sphere can only be represented by the Iron Market. In its design, it is completely different from other markets in Haiti. Sometimes also called "Marché Hyppolite," after then-president Florvil Hyppolite, who bought the steel structure directly in France for its construction. Arriving from Paris piecemeal in Haiti, assembled, it had an unusual beauty. It was built in the 1890s, opened in 1981, suffered a fire in 2008, and then was destroyed by the 2010 earthquake. In 2011, the market was restored to its former appearance. A very symbolic market with an interesting history and an atmosphere steeped in the local culture is worth a visit, especially if you want to take quite a few most liked Instagram photos for memory.

It is located in the commune of Croix-des-Bouquets near the place where the capital of Haiti is located and is filled with craftsmen who have mastered the art of modeling iron. From this point of view of excellence, Noailles surpasses other cities in this art, which requires meticulousness and sharp dexterity. During the presidency of Michel Joseph Martelly, $ 4.5 million was invested in the village. This amount was intended not only to improve the infrastructure but also to encourage artisans to create new masterpieces. For the manufacture of their products, craftsmen use mainly old metal barrels intended for recycling. They cut, hammer them until they are reduced in weight. Then, with the help of a chisel, a special hammer, and other tools, they give the metal the desired shape but very specific. Some time ago, the village was not very lively, but recently visitors from local and foreign countries come to satisfy their curiosity by admiring the works of dozens of artisans. Just do not forget to bring your cameras and smartphones because you will have Instagram worthy things to capture.

If you have chosen to travel to Port au Prince Haiti on the world map, even such a simple aspect as accommodation can help identify Instagrammable places. Like, for example, Ideal Villa Hotel. Offering the perfect combination of value, comfort, and convenience provides its services to travelers like you. The hotel is also close to some of Port-au-Prince's Instagrammable locations from our list, such as Papillon Enterprise (3 km) and Iron Market (3.2 km). So it's several birds with one stone. Guests can enjoy the on-site swimming pool and restaurant. Free parking is available for travelers arriving by car. Ideal Villa Hotel will be able to give you the most liked Instagram photos on its territory.

Located in the center of a hill near the center of Petion-Ville, it is one of the few restaurants that offer stunning views of the Bay of Port-au-Prince, as well as the colorfully painted houses that adorn the mountainside. Despite the devastating impact of the 2010 Haiti earthquake on Hotel Montana, this outstanding hotel has managed to rebuild and restore it to its former glory. Acajou Restaurant and Bar offers cool and exquisitely prepared local and international cuisine, as well as an unforgettable view. Here you can arrange a mini photoshoot and try a lot of different dishes. It serves "Lambie in Creole sauce," a delicious dish of lambie clams that Haiti's capital is famous for. It is made with a spicy tomato-based sauce, consisting of a mixture of fresh vegetables and a few secret ingredients, which perfectly complements the lambie's juicy pieces. 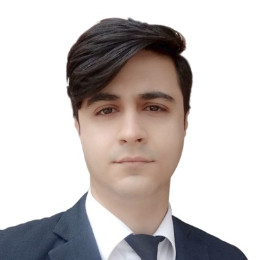 Anar has been promoting himself to tourism for several years now. He believes that the key to success can be obtained by starting to learn something new. And the surest way, in his opinion,  is to travel, because nothing cheers us up as getting to know new people and their cultures. His interests also include cinematography and all its components, being another incentive to visit the places where his favourite films were shot. Working in hotels as a guest relations agent taught him not only the basic requirements of "conquering the horizons" but also the most critical lesson: "New places and experiences are better than old hobbies".