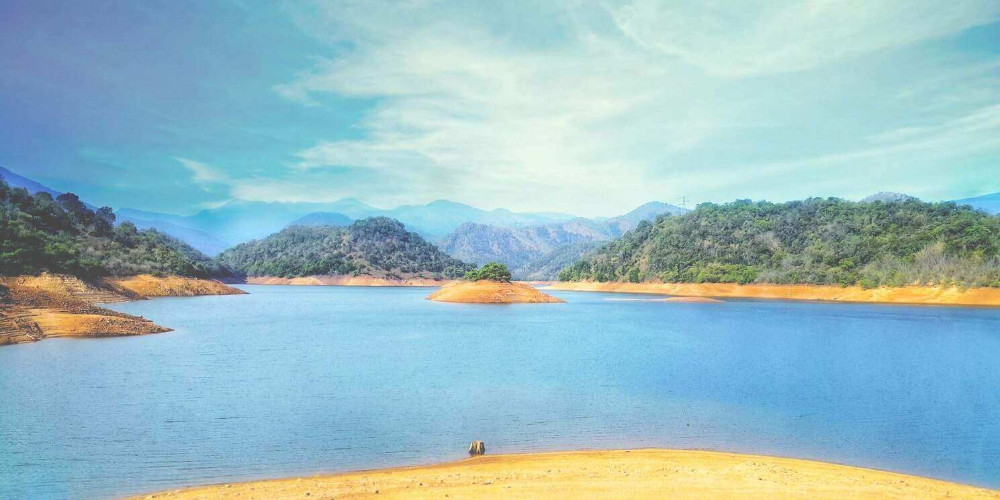 is one of the most remote islands in the world, so where is Saint Helena? The Island, which consists of Saint Helena and Ascension Islands, and the island group of Tristan da Cunha is a British overseas territory. On a map, the remote St Helena Island, Ascension, and Tristan da Cunha appear merely as specks in the ocean, hiding all their enthralling treasures. The Islands of St Helena, Ascension Island, and Tristan da Cunha are found in the South Atlantic Ocean, midway between Africa and South America. Though stretching far from each other, they are a single group of territory under the dominion of the British Crown. The history of the Islands is hugely borrowed from military and strategic interests.

The Portuguese first discovered Saint Helena Island in 1502. It was uninhabited at that moment and later claimed by the British during the 17th century. The Island rose to fame as the place of Napoleon BONAPARTE’s exile and is always confused with mount Saint Helena in the USA. The establishment of the Suez Canal in 1869 led to a decline in its importance. Ascension was a barren and uninhabited island when it was first discovered and named by the Portuguese in 1503. It was sealed off by the British in 1815 to prevent a rescue of Napoleon from Saint Helena. The Island was under Admiralty control until 1922 when it became a dependency of Saint Helena. It remains a vital replenishing point in the air bridge from the UK to the South Atlantic. Tristan da Cunha is an Island group consisting of Nightingale, Inaccessible, Gough Islands, and Tristan da Cunha. It was named after its Portuguese discoverer, and later on, garrisoned by the British in 1816 to prevent Napoleon’s rescue attempts from Saint Helena. The Gough and Inaccessible Islands are designated World Heritage Sites.

The Hidden Beauty on the Historical Island

The Islands of Saint Helena, Ascension, and Tristan da Cunha are hugely known for their rich history centred on Napoleon. However, history shouldn’t blind your eyes to the other underlying beauty that spreads across the Island. The unique and iconic places here make it a gem among other top travel destinations.  If you love Instagramming your surreal moments, you need to travel to Saint Helena and make your best captions. Saint Helena is an extremely amazing place and is often mistaken with saint Helena street in Napa Valley California. The street is home to Cameo Theater Saint Helena, the oldest single-screen theatre in the United States of America. The Saint Helena Theater is also a magnificent structure built in the early 1900s. The Saint Helena Theater reminds you of many structures on Saint Helena Island.

Located in Jamestown, Saint Helena’s capital, Jacob’s Ladder is a staircase from Jamestown to Ladder Hill. The place has a unique appearance worth of Instagrammable moments you would want to share with others. The Ladder is said to have 699 steps. It was built in 1829 as an inclined plane to help bring goods down from the farming areas situated in the centre of the Island.  The Ladder is a perfect craft, with planes built on either side of the steps. The Ladder offers you a phenomenal climb, given its length. You are therefore assured of capturing every moment as you descend the stairs. On the Ladder, you won’t ask where is Saint Helena, as it overlooks the hidden beauty of the Island is.

At the foot of Jacob’s Ladder, be sure to find one of the most Instagrammable places on the Island of Saint Helena. The Museum of Saint Helena remains a great place where you can begin your expeditions on the Island. Its beautiful installations provide you with the right captions to share on Instagram. The Museum is situated in an early 19th-century warehouse in Jamestown. It provides you with various exhibits on the Island’s history and natural history of the islands of Ascension and Tristan da Cunha. The museum, which was established in 2002, is a beautiful place to start your tour on the Island.

Failure to visit the waterfall while in Saint Helena Island is one thing one would live to regret. The name ‘heart-shaped’ doesn’t necessarily imply the waterfalls in the shape of the heart. It is so named because of the heart-shaped rock over which it falls. The iconic view of this waterfall can be seen from the north road leading out of Jamestown. You can as well walk to the foot of the 90m fall and have your dreamlike moments, as you seek to get that caption of most liked photo on Instagram. To get there, follow the valley up from Jamestown, or seek a detailed guide at the St Helena National Trust and the Tourist Office.

Who wouldn’t want to capture an Instagram moment in front of the oldest Anglican Church in the southern hemisphere? The church is found in Jamestown near the Castle. Its structural design is an artistic marvel that you would want to capture and share with your friends. Saint James Church was constructed in 1774, and it carries the semblance and beauty of an ancient building.

When you’re in Saint Helena, don’t just confine yourself to Jamestown. A little bit of outdoor experience will help you check out some other unique Instagrammable places. Diana’s Peak is one such place. The Peak rises 823 meters above sea level and is the highest point on the Island. On a clear day, you’ll have the best of your captions as some of the best views on the Island can only be captured here. Diana’s Peak National Park will also grant you memorable moments. The Park is where many of the Island’s endemic plant species live. I am sure you won’t get tired of sampling them using your camera.

Arguably the most looked out for a place on the Island, Tristan da Cunha’s 2062 metres high Queen Mary’s Peak is a magnet for lovebirds. The site offers a spectacular view of its heart-shaped crater lake. The most exciting part of it is its location, which provides a death-defying hike that can only be commenced on an extended visit and in good weather. Love Island provides great Instagrammable moments. The residents of the Island have made it a custom to knit traditional love socks that are threaded with coloured stripes. Any visitor can buy them as they have hidden romantic messages you can take home to your loved ones.

Your visit to the Island of Saint Helena, Ascension, and Tristan da Cunha won’t be complete without touring the Thatched House Museum. It is on the Island of Tristan da Cunha, more than 1300 miles from Saint Helena. The Museum is situated between the east of the settlement and the 1961 volcano. It is a typical traditional Tristan cottage built from volcanic rock. The ‘Thatched House’ denotation is borrowed from how it is thatched with New Zealand flax. Its inside is lined with painted wood. The traditional appearance on the outside makes it eye-catching, and a good sight worth of memorable moments. The Thatched House museum was opened in 2012 and made available for overnight stays.

The eruption of this Volcano in 1961 led to the evacuation of people from Tristan da Cunha Island to England. The mountain is no longer active, paving a well-laid path to the summit. You can take your hike up to the site and enjoy a beautiful view of the Island. On your way back from the summit, you can rest beside the Volcano in the Volcanic Park. The place was built to commemorate the 50th anniversary of the mountain’s eruption.

The Green Mountain is the oldest Volcano on Ascension Island. It is one of the many Instagrammable places found on the Island. At 860 meters, the mountain has created a suitable climate allowing for vegetation, not present in other parts of the Island, to grow and reproduce. The fascination with this mountain is how it makes you feel like you’re in any other place on earth. The area is fertile, which allows for partial practice of agriculture, including farming. If you’d love the caption of land crabs on an island, look no further than the Green Mountain.

11. The Magnificent Beaches on Ascension Island

It is a shame going to Ascension Island and failing to visit the magnificent beaches. If you want that Instagram moment while on the beach, then the beaches on Ascension Island will make your dream come true. The coastline of this Island, which is 800 miles southeast of Saint Helena, is dotted with numerous beaches. The two typical beaches in English Bay and Comfortless Cove are perfectly safe for swimming. The beaches are mostly without people so that you can have relaxed moments trying out on anything without interference.

These beautiful Volcanoes include a complex of volcanic cones called Sister Peak. The Volcanoes have the highest crater going to a height of 450 meters, easily accessible for anyone wishing to pay a visit. A Peak is a perfect place for a hike. All you need are good trekking boots, water, and plenty of sunscreens. The area is on dark ground with no vegetation, giving you a perfect desert environment setting. Pictures taken at Ascension Island will undoubtedly result in some of the most liked photos on Instagram.

You’ll find many Instagrammable places when you travel to Saint Helena, Ascension, and Tristan da Cunha. It would help if you were well equipped and ready to film the most surreal moments of your lifetime. There is nothing better than taking some time off into a remote island, where you’ll have plenty to learn and plenty of memorable moments to take home.