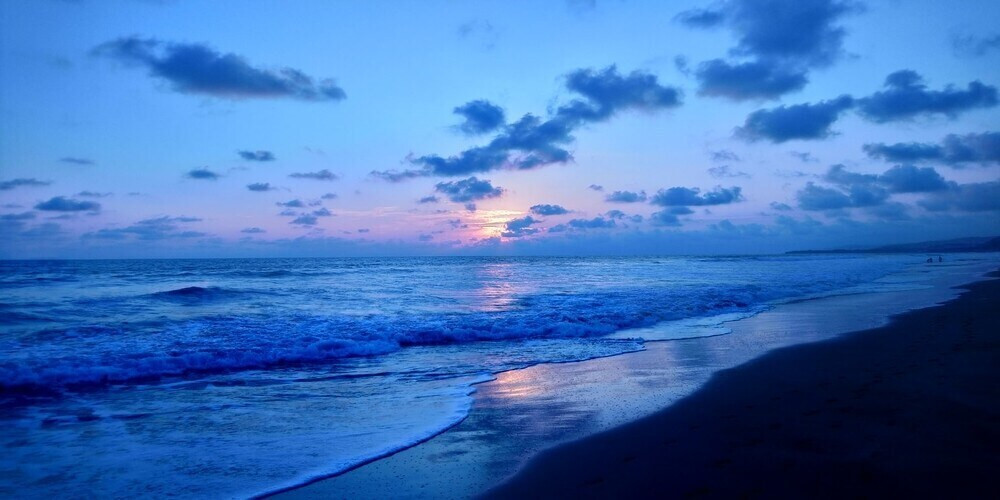 2. Divine Savior of the World Monument

7. Museum of Art of El Salvador

El Rosario Church is one of the most famous tourist places in San Salvador for the history that surrounds it, a revolutionary and modern temple built-in 1973 by the Salvadoran architect Ruben Martinez. The temple breaks with the traditional Latin cross scheme, presenting the shape of a large concrete vault. At the same time, it dispenses with all dividing elements such as columns and chapels, leaving only a central space to be occupied by the parishioners. It is worth highlighting in its interior its unique sky, where a play of concrete and colorful stained glass stains the space with a dazzling play of lights. And that makes it one of the most Instagrammable places in the city.

2. Divine Savior of the World Monument

Considered the national symbol of El Salvador, it corresponds to a monument with Christ's figure on a globe that is also mounted on a pedestal. Surrounding the monument is Plaza Salvador del Mundo, an esplanade restored in 2010 with fountains and a water mirror. Although it is important to visit during your travel to San Salvador because it is one of the most representative landmarks of San Salvador, it presents the inconvenience of the hectic surrounding traffic that can sometimes become annoying, being a recommended place to get some photographs and then continue walking towards other Instagrammable spots.

In the center of the city, Freedom Square is popular among both tourists and locals. It is a living example of the capital's expansion. In its surroundings, all the political, religious, and economic institutions were formerly located. At present, there is only a spectacular monument that refers to these glorious years. It is one of the places to go in San Salvador. The monument, also known as the "Angel of Liberty," is a commemorative statue of its independence. Its colors and height draw the attention of everyone who visits it.

Get to know one of the best places to visit in San Salvador, the National Palace, a place popular for its importance in the country's political history. For years and after suffering a great fire, it has undergone numerous modifications, making it a majestic building today. At its entrance, two imposing statues welcome visitors who come to discover it. On one side, that of the prestigious Christopher Columbus and on the other Queen Isabel la Catolica. In the popular and busy Plaza Barrios, there is the imposing Cathedral of San Salvador. Its construction is modern, with dates from 1999. It is the last Catholic cathedral blessed this millennium. Its style is a mixture of Byzantine elements with Romanesque arches and columns. It stands out for its beautiful facade, decorated with colorful mosaics painted by hand with motifs from the country. It is an ideal place to take the most liked Instagram photo.

You should visit one of the most impressive places to go in San Salvador, the city's treasure. Venturoso Castle is one of the most enigmatic and mysterious constructions in the country. It is one of the oldest buildings in the city, owned for years by the Guirola family, who have always been linked to mysticism. Its peculiarity and its neo-colonial style make it essential and of a unique beauty, located in the Roosevelt Mall. You can still see some details of the original construction; your visit inside is fascinating; it leaves no one indifferent. Then, discover another of the city's great treasures, the Basilica of the Sacred Heart of Jesus. The architects have classified the construction with a neo-Gothic style. The materials used in the monument come from Belgium and the rest of Europe, generating an imposing and unique building from the 19th century. It is a mandatory stop for tourists to travel to San Salvador. Its spectacular structure attracts millions annually to go through its interior to discover its decorative details.

Twenty minutes from the city, there is the Boqueron National Park, near the volcano. You cannot miss a spectacle of nature, a true wonder, with a fascinating environment, full of flora and fauna, a thick forest in which you can appreciate different animals and native birds of the area. That will be your best time in San Salvador. The park has an interpretation center where you can find details of the volcano's eruption, data, and photographs of what it was like before and how the inhabitants lived around it. Later you can get closer to the volcano, which destroyed the former capital of El Salvador. It is one of the most famous volcanoes in the country. Its silhouette can be distinguished in the distance from many points of the city and surroundings.

7. Museum of Art of El Salvador

In the late afternoon, you can visit Bicentennial Park, a small lung of the capital, ideal for getting away from the hustle and bustle of the city. It is nice for walking and spending a pleasant and calm time, a place to fully discover the city's inhabitants' life, to take the most liked Instagram photo, it always has a lively and cheerful atmosphere. Finally, discover the Museum of Art of El Salvador, an excellent museum that houses an important and valuable artistic heritage. Inside, you can visit numerous exhibitions of modern and contemporary art. It is a most interesting and enjoyable tour for both art lovers and those who do not like it with a great cultural offer.

Located in the heart of the financial complex, it corresponds to an attractive terraced area with commercial premises and exclusive restaurants with international cuisine. Another attraction of the place is its modern surrounding towers occupied by multinational companies and prestigious companies. It is worth highlighting among them the imposing Torre Futura inaugurated in 2009, with 20 floors and 99 meters high, with an Instagrammable view.

Where is San Salvador? In Central America, a place full of volcanic lakes. One of them is located 50 kilometers from the city. It corresponds to one of the must-see tourist places in San Salvador for nature lovers, comprising a lagoon with a radius of approximately 20 kilometers, resulting from a large explosive eruption that defined the caldera where today its turquoise waters flow. In addition to the beauty of the environment, the lake has the attraction of allowing the practice of various water sports such as diving, sailing, kayaking, swimming, and water skiing.

Located 13 kilometers from San Salvador on Cerro El Chulo, it is a curious rock formation shaped like an arch, from which beautiful panoramic views of the capital and its surroundings are appreciated, such as Lake Ilopango, Cerro de las Pavas, the Pacific Ocean, and the imposing San Vicente volcano. The Devil's Gate has several instagrammable spots to take interesting Instagram photos.

In the 30 minutes distance from San Salvador, there is possibly the most important archaeological jewel in the country, Joya de Ceren, an archaeological site of domestic architecture that shows the daily life of a Mayan farming village of 1,600 years ago. The site today declared a World Heritage Site by UNESCO. You should never miss seeing it during your travel to San Salvador.

Another one of the places to visit in San Salvador is the oldest theatre in all of Central America. With a French touch marked by the French architect, it opened in 1917, being one of the most beautiful and elegant in Latin America. Located in Plaza Morazan, its proximity to the rest of the city's wonderful sightseeing city makes it a must for those who want to take a tour of the city, observing facades and buildings of interest. It is also one of the best Instagrammable places in the historic center to watch the sunset. To access this place, you will go through a colorful and bustling street market.