Places where Harry Potter was filmed 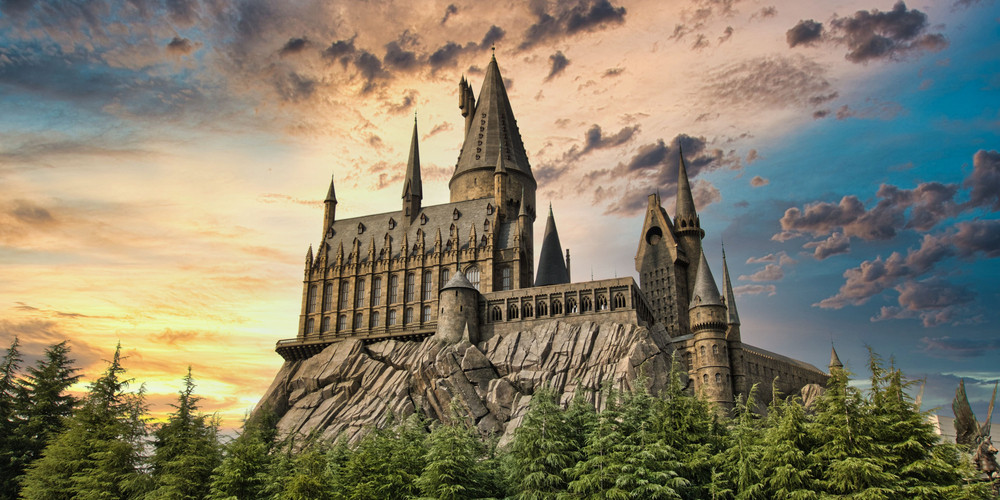 , where wizarding lessons are conducted under the slogan "Never Tickle a Sleeping Dragon" 9 ¾ platform at King's Cross station, the forbidden forest, and other mysterious places all are Harry Potter places created by Joanne Rowling. However, the events in the movie and the book do not occur in parallel universes, but on our Earth. We brought together all the Harry Potter places: castles, villages, stations for travelling Pottermans.

Where did they film Harry Potter?

So let's travel to one of the places where Harry Potter was filmed - King's Cross Station, the entrance to the wizards' world. The railway station is in northeast London. To switch to Hogwarts Express, you need to go to platform 9 ¾ between platforms 9 and 10. Of course, we can't get these Harry Potter places, but we can still take photos with the uniform of Hogwarts 4 faculty and have some unforgettable moments at the 9 ¾ platforms. At the souvenir shop near the station, we can get extraordinary goods.

We went to the 9 ¾ platforms, and now we have to take the Hogwarts express train. Yes, this train is available and is one of the popular Harry Potter places to visit. It served from 1937 to 1963 and was later renovated and used for filming. The West Highland Line, used for the Hogwarts express scenes in Harry Potter series, won over 400 other competitors for the title of the world's most spectacular route, with its spectacular scenery and the charm of the famous Glenfinnan Bridge. Since 2014, the train has been brought to the "The Wizarding World of Harry Potter" amusement park. Pottermans, while on vacation in New Orleans, you can experience unforgettable experiences at Hogwarts Express.

We have a long trip on the train, and the next stop is everyone's favourite on the list of Harry Potter places to visit - Hogwarts School. As the castle, reflecting the miracle of the school was not found in America or Scotland, Hogwarts was filmed in several places. The facade of Hogwarts school, as well as the courtyard, belongs to Alnwick, the 11th-century Scottish castle. It was here, where little Harry took his first steps in magic. The corridors he walked and the galleries he saw were filmed in Gloucester Cathedral. Minerva McGonagall's office is in Durham Cathedral. Although the buildings of the 11th and 12th centuries attract tourists with their grandeur, we are here to learn the magic. You have to study to learn magic. So let's go to the library. The central places were filmed at Oxford University. It is no coincidence that we can meet Hermione Granger, Ron Weasley, and Harry at the Oxford Library. Look, they are in a hurry. Naturally, it is now Professor Filius Flitwick's lesson. Enchantment subjects of Hogwarts were at the Harrow boys' school. It is impossible to leave London without seeing this school as W. Churchill graduated from Harrow school.

Classes are over; Harry goes to his friend before going to bed. Let us go with him to Rubeus Hagrid's hut. The Glencoe Valley of Scotland, the Mount Glen Nevis, and the magnificent views. It is one of the iconic places in Harry Potter where Hagrid had long conversations with his little friend. Unfortunately, his hut has not been left after the filming, but we can see this hut and other things with the power of fantasy while visiting this place. Now Harry and we are heading to one of the most mysterious Harry Potter places to visit - the forbidden forest where the magic creatures sleep. Not everyone can get into the Black Park of Buckinghamshire, as the dark of the wood can scare the bravest ones. What will overcome: your love, or fear?

Now we have to finish our journey about places where Harry Potter was filmed, do we have the money to return? Otherwise, the doors of Gringotts Bank are open to you. Filming for the interior of the bank was held at Australia House. Although the Australian commission is here, we know that goblins are guarding the bank safes here.  Time to go. Let's get to St. Pancras Railway Station. Somehow, in the final scenes of the film, our already-grown heroes - Harry and Ginny, Hermione, and Ron – saw off their children to the world of miracles. As the last movie of the Harry Potter series ends at this point in 2011, our journey is ending here too