14 reasons why you should travel to Finland right now 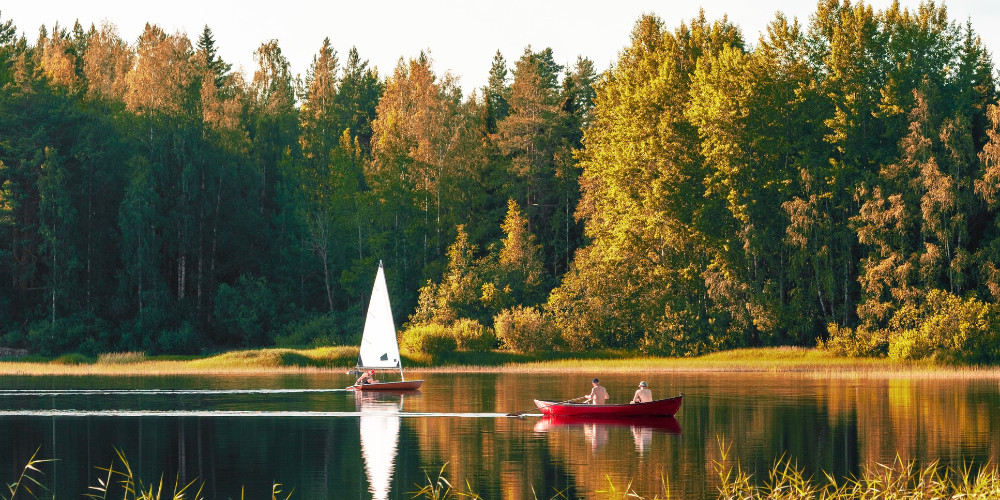 People often do not include Finland in their list of places to spend their holidays, and they lose a lot. This country has so much to offer that is not limited to the usual tourist places. Here are just a few of the main reasons to visit such an amazing and diverse country as Finland!

Finland on the map

Formerly a grand duchy in the Russian Empire, the country gained independence in 1917. Since then, Finland has been a formally neutral country and, like Sweden, is not a NATO member. Finland has an area of 338,145 km2, making it almost the size of Germany, or slightly smaller than Montana's US state. The landscape of the country offers many national parks, covered mainly with coniferous taiga forests (78%), swamps and swamps, and rarely cultivated land. Lakes, rivers and ponds occupy about 10% of its territory. Mount Halti at 1,324 m is the highest point in Finland. The country has a population of 5.518 million (in 2019), making Finland one of the most sparsely populated countries in Europe, with about half of the Finland population living in the southern coastal region. The capital and largest city are Helsinki, which is spoken in Finnish (89%), Swedish (5.3%), and Sami, which is spoken by the Laplanders (Sami) - the indigenous peoples inhabiting the Arctic region of Sapmi. Finland occupies a very interesting position on the map, which makes the reasons to travel to Finland even more attractive. So, let's go! where to go in Finland?

1. Cities in Finland with a rich history

The best way to get to know Finland's fascinating history is to take a tour of cities in Finland. One such city, Turku on the southwest coast, was the capital during the Swedish rule, which lasted from the Middle Ages until 1809. Visitors can see this history for themselves in its ancient architecture and relics in Turku Castle and Aboa Vetus museum. Helsinki became the capital after Russia took control of the country and remained the capital to this day. It is also home to numerous historical sites, including the Suomenlinna Fortress, the National Museum, and Helsinki Cathedral. What to see in Finland?

2. Escape to the lakeside cottage

One of the Finland tourist attractions is its thousands of lakes, where you can go fishing and boating. The other is connected with the tradition of living in rural cottages on the shore of the lake, located far beyond the country's borders. It creates the ideal conditions for a holiday in isolation, relaxation, and easy access to ski resorts. The surrounding Baltic Sea and archipelagos offer the same experience.

A total of 39 national parks offer ideal locations for bicyclists, walkers, ramblers, dog walkers, hikers, or anyone who wants to get back to nature. These parks also offer stunning views, adventure and recreation packages, and chances to see unique wildlife.

The architecture of Finland ranges from old wooden structures that stand from Sweden to modern projects such as the Kiasma Museum of Modern Art. Throughout the country, visitors can also see works of art from such eras as Art Nouveau, Northern Classicism, Gothic Revival, and minimalism, and get acquainted with the history of architecture at the Museum of Architecture in Helsinki, the capital of Finland.

Some have criticized Finnish cuisine due to the lack of spices in the region. In fact, there is a wide range of delicious dishes to try, and most of them are based on fresh local ingredients. Fish is especially common due to a large number of lakes and special meat, mushrooms, and berries. In recent years, Finland has also increasingly adopted international cuisine. Foodies will find a wide selection of international restaurants in larger quotes that still use these local ingredients in their recipes.

6. A safe and welcoming society

According to World Atlas, Finland is ranked 17th globally in terms of security, and Helsinki, the capital of Finland is the second in the world in terms of security. Violent crime is incredibly rare, so the country remains safe even for women travelling alone, especially at night during the summer months. The only serious danger to be wary of is sliding on the ice in winter. Finnish people are somewhat known for being cold and self-contained, but still hospitable to travelers. Older people especially like to strike up conversations with strangers. Most Finns speak several languages, as English has been part of the school curriculum for several decades. It contributes to the fact that Finns can help any travelers who have difficulties with translation. Depending on the place of residence, some Finns also speak Swedish, Russian, or Sami.

The landscapes alone are enough to visit Finland, which is why they have inspired artists and composers for many years. The flat countryside in the south, the mountains of the Koli National Park, and the snow-covered tundra in Lapland are all more than enough to keep visitors stunned and inspired for a long time and find the answer to the question "where to go in Finland?" If you want to rent everything you need, rent a car or camper van and go on a country tour to spend some time looking at the scenery.

8. Immerse yourself in great literature

Finnish literature is little studied globally, but many examples demonstrate all aspects of Finnish culture. Kalevela, a national epic poem, includes the creation myth of the ancient Finnish people, among other stories. Aleksis Kivi, the first author to write in Finnish and portray ordinary Finns, particularly in his most famous story "The Seven Brothers", greatly contributed to writing. Tove Jansson's Mumij Troll series of children's books has recently gained great international popularity, and her literary fiction has also begun to attract some attention. Väine Linn's war novel The Unknown Soldier was adapted into a famous war film, which still airs every Independence Day. Literature lovers can find English-language copies of all these books in most major Finnish bookstores.

Heavy metal is a musical genre chosen by many Finnish people, and the country has the most "heavy metal" bands per capita in the world (about 54 per 100,000 people). Lordi remains the only metal act to win the Eurovision Song Contest well known for their monster movie-inspired outfits. Other popular bands include Nightwish, The Rasmus, and Children of Bodom. Both national and international metal bands can be found touring the country throughout the year, especially at events such as the Ilosaarirock Festival in Joensuu.

What to see in Finland

? Look at the design! Scandinavian design is one of the most respected in the world, and Finland is no exception. Based on beautiful simplicity and inspiration from nature, these qualities can be seen in the Marimekko and Arabia brands. These brands can be expensive abroad, so Finland is the best place to buy them at a good price and find a wider selection in its flagship stores.

Finland has long been a leader in the field of electronics. About 10 years ago, almost all mobile phones were made in Finland. After large companies outsourced their production to another location, the startup boom began, and it has continued ever since. The Angry Birds mobile game has been one of the most popular export technologies recently, and people can find Angry Birds - themed merchandise and candy all over the country. They even have their amusement park in Tampere. It also makes Finland an ideal place to purchase affordable electronics.

12. The amazing weather in Finland

Despite the large number of visa applications it receives annually, the Northern European country of Finland remains an easy Schengen country to obtain a visa from. By rejecting only 1.7% of the applications received by its consulates abroad, you have a high chance of getting a Schengen visa to Finland. Finland is part of the Schengen area. Countries within the Schengen area have similar visa requirements. Foreigners wishing to come to Finland for a short period, for example, on vacation, business trip or to visit relatives, need a visa, except in cases where they are citizens of a country that does not have a visa. A visa is a permit for short-term and temporary stay, the duration of which does not exceed three months. You can visit the website of the Ministry of Foreign Affairs of Finland or the nearest Finnish diplomatic mission to find out if you need a visa to travel to Finland or another Schengen country. Or you can use the following services Pickvisa.com and to deprive yourself of the headache of communicating with ministries, embassies, or agencies.

Last but not least, as they say! The Finnish bath is the subject of legends, fairy tales, dreams, and once in the homeland of this type of bath, you just have to visit it. The Finnish sauna is an important part of Finnish culture and is used for both relaxation and health and a meeting place for business and holiday events. How about visiting the sauna at an altitude of 40 meters? The Skywheel Ferris Wheel in Helsinki Market Square has its own sauna, which offers views of the city of Helsinki and the sea beyond. Beauty, isn't it?

Topics
Apply for any visa in two clicks!
Countries
Do you want to get a Finland visa easily?
Get your visa now 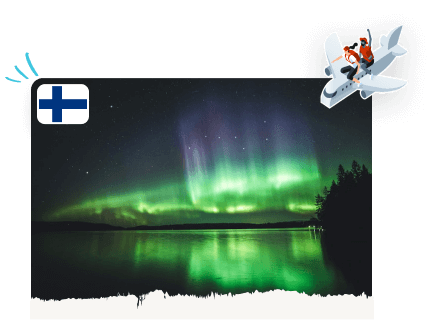