10 reasons why you should travel to Shiraz instead of Tehran 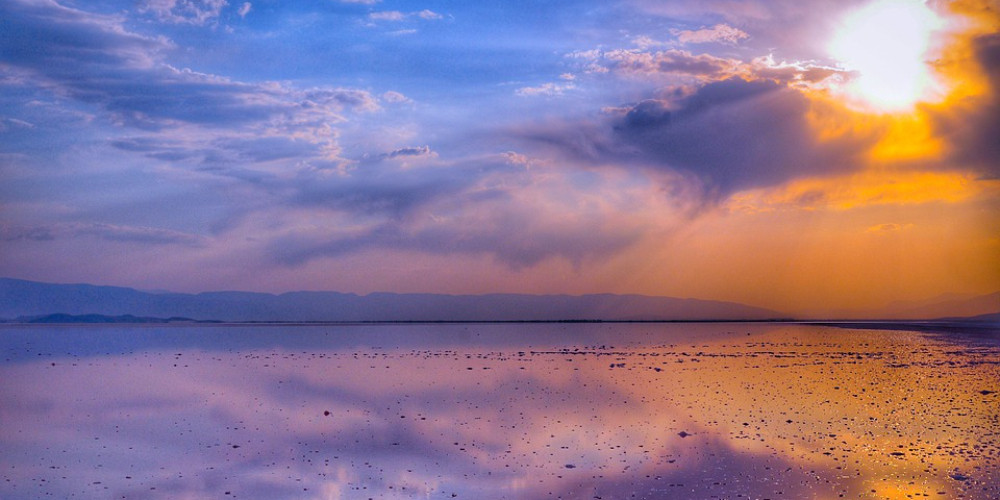 Are you wondering where is Shiraz? Shiraz, situated in the Islamic Republic of Iran, is a city of gardens, poets, literature, nightingales, wine, and flowers. Does the thought of visiting Shiraz make you want to enter a dreamy world of writers? Whereas on the other hand, Tehran is the capital of Iran, which focuses on its classical era, the medieval period, the early modern era, and the late modern era. Shiraz weather is just as pleasant as the atmosphere found in the places where the summers are hot, and winters are cool. Whereas the weather report in Tehran is hot and dry in summers and cold and wet in winters. Who would want to visit a place that has an increase in relative humidity and annual precipitation levels? Shiraz city of the Islamic Republic of Iran, has a population density of 3000 kilometres per square, whereas Tehran, possesses a density of 12,000 kilometres per square. This itself is a good enough reason why you should travel to Shiraz instead of Tehran. The real reason why Tehran is the densely populated capital of Iran is that there was mass-migration seen from all over Iran since the 20th century.  There have been talks of shifting the capital post to another city because Tehran is home to earthquakes and a bubble of air pollution. If you compare the cost of living between Tehran and Shiraz, Shiraz has a reasonable rate as compared to Tehran. Now, let's take a look at what to see in Shiraz and understand why it is better to travel to Shiraz than to Tehran.

Back in the 7th century, Persepolis was the ceremonial capital or ceremonial religious hub of the First Persian Empire. It is by far the most-watched tourist spots of Shiraz. The dry climate found in Shiraz weather has helped keep the Persepolis architecture intact for centuries together. The Gate of Xerxes is placed in the ruins of the ancient city of Persepolis. It is guarded by bull-like figures having strong Assyrian characters. It was called the “Richest City Under the Sun”. Something so historical cannot be found in Tehran, even if you search hard enough.

If architecture is your forte, you will enjoy visiting the beautiful, delightful, and varicoloured interiors, colourfully-stained glass window, sophisticatedly painted tiles and arches, immeasurable and fashionable Persian carpets and polychromatic artistry of the Pink Mosque which just cannot fail to leave you flabbergasted. It has gracefully carved pillars arranged in properly structured rows. You will find the next view more beautiful than the last. Tehran has too many museums to gormandize over, but nothing as surreal as this Pink Mosque.

Built by Karim Khan back in the 11th century to turn Shiraz into a well-known trading centre. Shiraz Bazaar has a huge area of 21840 meters square, which makes it an extensive shopping complex. It is one of the busiest markets in Shiraz that enraptures tourists with its huge ceiling covers depicting 18th century Zand architecture, and nearly 40+ stumpy stone columns, each of them carved in barley and sugar spirals. It is a wonderful home to hundreds of shops and small stalls. In the interiors, you will find traditional bathhouses, few caravanserais, and courtyards.

The birthplace of an Iranian poet called Hafez back in the 14th century is why this Hafez’ Tomb was created. A poet is born out of suffering. The same scenario happened with Hafez. He had a very troublesome life due to poverty and the Mongol invasion. To get over it, he poured his heart and soul into hundreds of love poems. In this Tomb, you will find them engraved all over the scenic and many-coloured gardens. If you are a poet or a poetess yourself, then the aura of pools, tea garden, and night lights will be enough to inspire you to form a few verses while your travel to Iran.

Shiraz is best known for its varicoloured and fine gardens. Eram garden is one of the most adored tourist spots of Shiraz. Placed north of the Khoshk River, it lies opposite Shiraz University. Remarkably, it is etched on the UNESCO World Heritage Sites. The world-famous poet, Hafez has mentioned this garden in his epic sonnets. There are about 45 plant species, and some of them are fruit trees like pomegranates, oranges, persimmons, olives, and walnuts. A panoramic view is created with the help of 300 rose species in April.

At the centre of Shiraz city lies this Arg of Karim Khan. It was the residence of Karim Khan Zand, the founder of the Zand dynasty back in the 18th century. The citadel was one of the many successful, and ambitious projects of the Karim Khan. There are four circular towers in the fortress which were used as prisons for 35 years. On the inside, there are many citrus trees and a central pool. Back in the 18th century, it was a real landmark in Shiraz where all the Iranians came to pass their time around the resplendently tall towers. The main catch for the tourists is the leaning circular tower, it has prisons, but something as heavenly as the Arg of Karim Khan, no.

marks the resting place of two of the martyred brothers of Ali Reza, the 8th Shia Imam. Shah-e-Cheragh means “King of the light”. The name was derived by Ayatollah Dastgheib who saw the light from a distance and decided to find the source. He found that the light was emitting from a grave in a graveyard. The grave was dug up, and a body wearing armour was found. The body was wearing a ring saying "The Pride belongs to God, Ahmad, son of Musa". And, so it became the burial site for the two sons of Musa al-Kadhim. Something so historically important cannot be found in Tehran.

When you travel to Iran, especially Shiraz, you cannot miss out on the museums. First of all, they have some of the best art-forms, and for the second, they have been preserved well. Pars Museum, also called as Kolah Farangi Pavilion is situated in the middle of the Nazar Garden. It was transformed into a museum in 1852. It has 11 astonishing paintings of Aqa Sadeq, quite a famous name at that time. East to this museum, Karim Khan Zand was buried. It was used for official ceremonies and meetings conducted by Karim Khan. This museum has a central hall possessing a dome and 4 alcoves.

The Association for National Arts built the Tomb of Saadi-e-Shirazi. The Tomb located in an octagonal mausoleum with a heightened dome and captivating tile works. Saadi was both an admirable poet and an avid traveller. He travelled to many countries and came back to Shiraz city, where he started writing many poems. The Tomb of Saadi offers a spiritual atmosphere in a heavenly garden. His Tomb underwent too many transformations over the years. The current tombstone was built by Mohsen Foroughi, a famous Iranian modernist and architect. It is located next to the Delgosha Garden.

A magnificent courtyard consisting of palm and orange trees was built for the wealthy and powerful Mohammad Ali Khan Qavam al-Molk between 1879 and 1886. It is also named Quvam House. It is called Narenjestan due to the abundance of sour orange trees. Back in the Qajar era, many administrative and public meetings were conducted in the Quvam House. It has stayed as a heritage for the family of the Fars’ Governor. It depicts how wealthy Iranian families lived back in the 9th century. There are wax figures as well as paintings on the inside. The "Septembers of Shiraz" is a movie about a Jewish family where the father gets separated from his family on revolutionary grounds during the 1979 Iranian Revolution. Though the father is shown in Tehran, the name of the movie has Shiraz. The depiction of Shiraz is the form of an idyllic time spent by the Amins during the good old days of the US-backed Shah’s regimen. Shiraz is just not wine, literature, and gardens. It is beyond religious and beautiful as compared to Tehran. You can think of travel to Shiraz instead of Tehran. If not anything else, you will be at peace just by admiring the calmness, tranquillity, and serenity that Shiraz has to offer to you.  If you ever think of travelling the distance from Shiraz to Tehran, then by road, it will take 10 hours. In kilometres, the distance from Shiraz to Tehran is 684. Do have a pleasant trip!