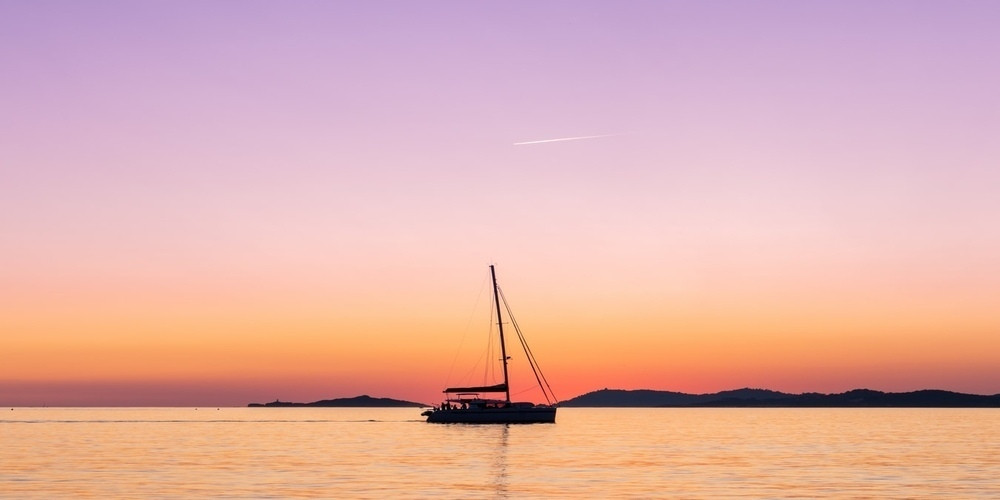 Imagine travelling to as far as the eyes can see, the palm trees and the ocean breeze hitting you on the face. And then the blue ocean, mixing with the azure of the sky at a distance. The rising sun or the setting one, the Wallis and Futuna Islands are a mythical place, slowly opening up to the outside world. Its picture-postcard natural beauty and the breath-taking landscape have captivated travellers for centuries. The French were enamoured enough to make it one of their own. Wallis and Futuna Islands are a French Overseas territory or collectivity in French Bureaucratic parlance.

Where is Wallis and Futuna?

How to travel to Wallis and Futuna?

The Wallis and Futuna Islands are often called the heart of the Pacific, and they lie over 16000 kilometres away from the French Mainland. If you are going to travel to Wallis and Futuna, it helps to do some study before you embark on this wonderful journey. Air Caledonia is the only airline that flies to the islands. The shortest route from mainland France is via Tokyo or Seoul and then Noumea. There are three inter-island flights between Wallis and Futuna every week. The usual flight time is an hour, and the schedules are created depending on the departures and arrivals. If you are the one who loves a ferry ride, then you will be disappointed since there aren't any, at the present moment. There are cruise ships that pass the island group, and you can book a seat for yourself to enjoy the Pacific. Sailors and pleasure boaters can anchor their boats in Wallis and Futuna and enjoy the staid Pacific at its best.

What is the Wallis and Futuna currency?

The Wallis and Futuna currency widely in circulation is Franc, primarily because it is a French territory. It also helps since a majority of the tourists who come are from the French Mainland. There are foreign tourists too who throng the paradise island. To overcome inconvenience that may arise due to the mismatch in currencies, the central bank at the capital city has a simplified system to help tourists exchange their notes into the Wallis and Futuna currency.

1. Something to know about the Wallis and Futuna Flag

3. What language is spoken in Wallis and Futuna?

4. What is the official language of Wallis and Futuna?

As mentioned before, the official language of Wallis and Futuna is French, because the island group is a French collectivity and the entire official bureaucracy communicates through the said language.

5. What is the capital of Wallis and Futuna?

6. What to do in Wallis and Futuna?

This is an island of immense opportunities. The vast ocean and the blue sky provide a perfect backdrop for adventure tourism. However, opportunities in the island group are not just limited to water sports. Here are ten reasons why you should travel to Wallis and Futuna. Alofi: The island of Futuna is famous for its lush jungles and incredible fauna. Walking across the low ridges will give a view of the entire island, and that is something not to be missed. However, the nightmare out here is that there is absolutely no tourist infrastructure. Hence, the trip would be expensive to boot.

The culture tour of Moorea: This requires a local guide and will take half of your day. You will be taken through the rich flora and fauna of the Opunohu Bay, given to taste exotic fruits, walked across plantations and a whole lot of other attractions.

Lake Lalolalo: Of all the crater lakes that inhabit Wallis, this is the most spectacular by a mile. It is a perfectly circular shaped lake surrounded by steep rock faces. The lake Lalolalo is supposedly 262 feet deep so avoid falling into it.

Wallis Island: This island has no discernible architecture to boast off but a big, dense jungle crisscrossed by roads. However, the best lagoon in the world, as per quite a few mesmerised tourists, is located here. The lagoon is dotted by islands, each providing a better experience than the other.

Pierre Chanel Church: Pierre Chanel is the patron saint for the islanders and the church in his honour is situated near the international airport. It's a massive architecture attracting both locals and tourists alike.

Snorkelling: If you wish to watch some of the most spectacular coral reef formations, the Wallis and Futuna Islands are the place to be. It also makes it one of the best places for snorkelling. The island of Wallis is surrounded by coral reefs, and an avid snorkeler wouldn't want to miss that. While a lot of reefs in the Pacific Ocean have been destroyed due to incessant bleaching, the ones surrounding the island remains intact and undisturbed. There are plenty of marine creatures to see too. Watch the stingray glide by or the beautiful parrotfish.

Wallis and Futuna is not your run of the mill vacation. It provides a different kind of travel experience, something that will remain forever etched in your mind. There aren't crowded souvenir shops selling t-shirts and gifts or streets swarming with tourists, hooting and shouting their hearts out. This is a quiet place, inhabited by people who love their small world amidst the abundance of nature.

Wallis and Futuna need to be high on the list for gastronomes. This is a place which has some of the best food. Most of the ingredients are local. The fresh seafood or the sweet potatoes, everything is home-grown. There are also plenty of places that sell French pastries, croissants, and that is something one should never miss. There is also a touch of Polynesian influence on the food.

Your travel to Wallis and Futuna will be incomplete without a visit to the old ruins of Talietumu. It is said the Tongan settlement was built in 1450. A fortress of massive walls surrounds the township. It was, however, abandoned in 1535, after the assassination of King Takalaua.

The Wallis and Futuna people are some of the warmest of the human race. They are also the proud custodian of their culture. There are plenty of festivals that happen around the year. These festivals have music, performances, and the entire community comes together to participate in it. Wallis and Futuna Islands are a haven barely touched with modernity. It is the ideal place to escape from the monotonicity of routine. Pack your bags and dash for the heart of the Pacific.

Topics
Apply for any visa in two clicks!
Islands
Do you want to get a Wallis and Futuna visa easily?
Get your visa now 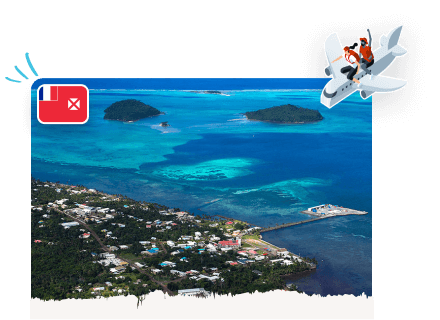