Spanish cuisine – Traditional dishes you should try in Spain 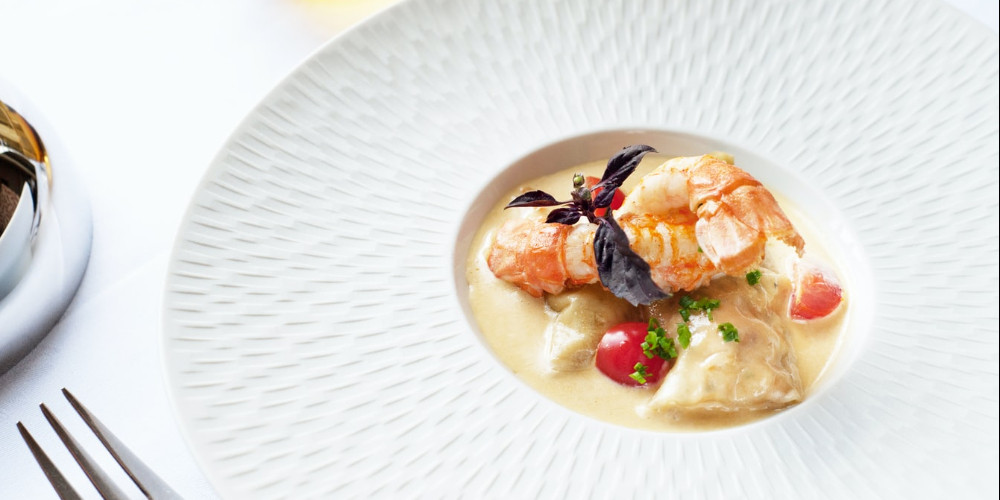 The countries we travel to are not only remembered for their historical monuments, squares, and people but also become unforgettable with the food we taste there. Travellers are often recommended to enjoy the delicacies of the country along with the places to visit. This time I will write about what are some traditional Spanish dishes you need to try while you travel to Spain. But first, to realize this much-wanted trip, find out if you need a Spain visa or not.

While talking of Spanish cuisine, the first foods that come to mind are tapas, paella, sangria. However, Spain has delicious and distinctive cuisine throughout the region. Galicia in the northwestern part is famous for its empanada prepared from meat and fish, Asturias region with food called fabada, Basque region with different fish dishes, and Catalan region with mixed meat and fish dishes. Besides, Andalusia has sumptuous cuisine due to Arab occupation throughout history. First, when it comes to the Spaniards eating culture, I would like to note that these people eat less but often. Spaniards eat five times a day. They start their day with the breakfast called Desayuno and eat their lunch between 14:00-15:00 and dinner at 22:00. They prefer to have snacks between these hours. It should also be noted that some restaurants are closed in the afternoon and open at 20:00 just before dinner. So if you are planning a trip to Spain, know when to eat; otherwise, you can stay hungry. Now I will tell you about the must-taste Spanish dishes when you travel to Spain.

Paella is the first dish the tourists in Spain want to eat. Although it is originated in Valencia, you can enjoy paella in all the cities of Spain. The main difference is that each region prepares it in a particular way. Each area makes it with its unique food. Locals offer paella to every guest. Paella got its name from the shallow paella pan it is cooked in. The main ingredients of this one of the best Spanish dishes are rice and saffron, which is cooked with seafood, chicken, and vegetables. Valencian usually eat this at lunch.

Tapas may be the food Spaniards mostly eat. It is wrong to call tapas a dish. It is more accurate to say that it is a Spanish snack served next to the drink. There are different legends about tapas that originated in Andalusia. It is said that King Alfonso travels through Cadiz and wants to drink something in a place he came for a rest. The owner of the space puts a plate on the glass so that it does not get dirty. He also puts something to eat so that the place is not empty, and the gesture is pleasing to the king. Since then, tapas have become customary. The name comes from the word tapa (cover). There are hundreds of varieties of tapas available today. At small bars and restaurants like Tasca, you can order sausage, ham, dried fish, eggs, olives, and hundreds more varieties of tapas on small bread slices next to a glass of wine or beer at certain times of the day.

Pincho - a continuation of the tapas tradition in the Basque and Navarra regions. These Spanish snacks, served with toothpicks, are calculated based on the number of toothpicks at the end when the time to pay the bill. It has ham, cheese, fish, and other assortments. These Spanish snacks are usually eaten between lunch and dinner. Cheese can also be ordered next to the drink. There are some popular types of cheese, such as Spanish-style ronseal, zamorano, Manchego, and so on.

We can say it is the Spanish omelette. This omelette with potatoes, eggs, and onions is served cold. They say it is even tastier when served chilled. You can eat tortillas both for breakfast and for other meal times.

This is one of the best Spanish dishes belonging to the Galicia region, having meat, fish, apples, currants, and other types. Usually, they are served before the main meals at the restaurants.

This dish, which is a cold soup of Spanish cuisine, is more prevalent in Andalusia. There are 2 types of Gazpacho. One is red Gazpacho, which consists of tomatoes, onions, red peppers, cucumbers, garlic, olive oil, fried bread, salt, and vinegar. The other is a white Gazpacho called Ajo Blanco. The white Gazpacho is made with fried bread, garlic, olive oil, crushed almonds, and vinegar. Both are prepared without cooking, crushed with a blender. There are served in two ways, either in the bowl or in the cup. When ordering, the waiter may ask how would you like it to be served. It is up to you. There is also a Salmorejo soup which also belongs to traditional Spanish dishes and which is served cold same as Gazpacho. The only difference from the Gazpacho is the chopped eggs or hams, which are added while serving. Salmorejo belongs to the Cordoba region.

While seafood is the main ingredient in the southern regions of Spain, the central part mainly uses vegetables and various kinds of meat in the meal. In the north, lamb and beans are more commonly used. The fabada meal belongs to the Asturias region, located in a mountainous area in the north of the country. The main ingredient of the fabada is white beans and meat and cooked in individual clay pots. It is like Turkish Kuru fasulye, but the difference is that Spaniards add the sausages made of pork blood called morcilla.

If you think that I will only talk about the rich Spanish dishes and forgot about Spanish sweets, let me talk about churro. The ingredients of the churro and the cooking procedures are almost similar to “ladies finger.” It is dough fried in butter. Nevertheless, it is not made by hand; it is being made by long cutting of dough in specific machines preparing churros. It is served with sugar powder, or cinnamon poured over and eaten by dipping into the hot chocolate. The home of the churro is Madrid. So if you are headed to the capital of Spain, do not come back without trying the churro.

The full name is turron de Alicante. Turron is an almond nougat that we know. You can buy this Valencia-based sweet as a gift if you do not want to go home with empty hands after your travel to Spain.

This Catalan sweet is made from milk, cornstarch, and eggs. After baking on the stove, sugar is poured over it and caramelized. Another name is crema de San Jose since it is traditionally cooked on March 19 on Saint Joseph's Day.

When talking of Spain, one of the first things that come to mind is, of course, sangria. The sangria, the alcoholic beverage that the Spaniards drink, is made up of red wine, brandy, sugar, sprite, ice, and slices of fruit. When you travel to Spain, remember to say, “¡Arriba, Abajo, Al Centro, Pa’ Dentro!” (Up, down, middle, inside) when raising your glass of sangria. It is a well-known toast that the Spaniards say while giving a salute.

Topics
Apply for any visa in two clicks!
Food, Hotel, Restaurant
Do you want to get a Spain visa easily?
Get your visa now 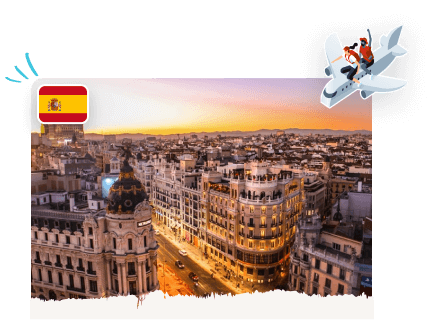