Best things to do in Christmas Island 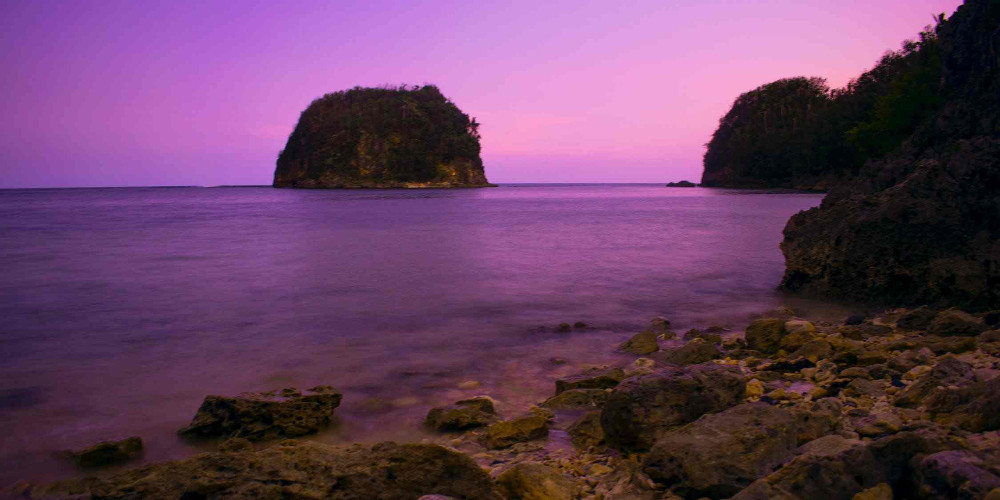 Of course, I bet all of us at least once in their lifetime had a dream to see the open ocean, literally any of them. However, thoughts of the possibility of actually seeing the Indian ocean has always been some kind of exotic dream that I was impatiently waiting to become real. And, finally, here we are, in one of the least populated and visited islands in the whole ocean, in Christmas Island! But wait, where is Christmas Island? The island is an integral jurisdiction of Australia that includes the island of the same name. In the Indian Ocean, Christmas Island is situated approximately 350 kilometres south of Java and Sumatra, which are two of the Indonesian islands and north-west of the nearest point on the mainland of Australia. To give you more of the prospective about the location of the Christmas, we can say that it is located northwest of Perth and southeast of Singapore. It has an area measuring 135 square kilometres. So, in short, if one of your Instagram followers ask you where you took that magnificent photo from your holiday and “Where is Christmas Island?”. You can basically say that Christmas Island, which is located to the south of Indonesia and some distance northwest of Australia, is one of the islands of the Indian Ocean, of which it is a province.

How to get to Christmas Island?

There are several ways to get to the island, flights being one of the most used and the one is usually considered as the most convenient one. So, in case you would like to fly, you need to book a flight from Perth or Fiji in order to get to Christmas Island. Also, the flights are organized by two different companies. Virgin Australia conducts services twice a week and there are “once a week” connections with Fiji Airways. The flight takes about three hours and can be booked either by an airline or a travel agency. A weekly charter flight from Jakarta to Christmas Island is run by Garuda Indonesia. The trip takes about an hour and a half. But how to get to Christmas Island by sea? There are no tourist-chartered boat services to Christmas Island, but usually, yachts and cruise ships visit Flying Fish Cove as a stop-off. For safety concerns, visiting yachts are recommended to make time for their arrival during daylight hours. The lowering of anchors can damage coral formations in Flying Fish Cove and is therefore forbidden. But what is the best time to visit Christmas Island? The climate of Christmas Island is tropical, with temperatures that are very constant. However, while considering the time of your visit there is another point that you should be paying close attention to. A prominent red crab migration happens on the island between October and November, at the beginning of the rainy season: millions of crabs come out of the forest where they were hidden in the dry season and migrate to the beach to mate and lay their eggs. Taking all the factors into account we can easily say that the best time to visit Christmas Island is from July to October since it is the least rainy and the sunniest season of the year.

Another thing that you should not be forgetting is about vaccination prior to your trip to the island. But what vaccines are needed for a visit to Christmas Island? Look at the list of vaccines and medicines and visit your doctor for vaccines or medicines you might need at least a month before your trip to find the answer to the question of “what vaccines are needed for a visit to Christmas Island?”. For Christmas Island, the World Trade Organization recommends the following vaccinations, such as hepatitis A, hepatitis B, typhoid, and yellow fever. Now that we have enough basic information about our next travel destination, it is about the time we move on to the main part of our article where we will be talking of interesting facts about Christmas island and best things in the island. Also, our main goal will be to find an answer to the questions of “What is special about Christmas Island?” and why you should be visiting the island!

1. Get closer to nature!

Are you a big fan of nature visits and breath-taking environments? And If you love to see such beautiful birds and wildlife, you must visit Christmas Island during the amazing annual red crab migration on the Christmas Islands. Of the 14 species of land crabs present on the island, red crab is by far the most visible. Another one of many interesting facts about Christmas island is a breath-taking birdwatching experience that you can get during your trip. If you enjoy quiet and smooth bird watching, you by no means can miss the opportunity to visit Christmas Island and just watch various bird species that unlikely you can find somewhere else in the world. There are hundreds of bird species, including the inquisitive Christmas Island Thrush, with seven of the 13 terrestrial birds being native to the island.

2. What is special about Christmas Island? Fishing!

I bet “fishing!” was not the answer that you were expecting to the question of “What is special about Christmas Island?”. This massive island offers excellent fishing possibilities. You must accept this incredible spot if you want to spend the whole day relaxing on a gorgeous island and fishing. While fishing and having some incredible photos of the gorgeous marine. When conditions warrant, trapping fishes is the simplest and most efficient way to capture a fish yourself. However, it worth to mention that the options are much greater for the professional angler. Christmas Island Casino vacation destination on Christmas Island is the Christmas Island Resort, also referred to as the Christmas Island Casino. During the 1990s, it served as a casino for over four years. Even before the bankruptcy, it was one of the world's most successful and produced revenues of over $5 billion a year. It offered 156 spacious hotel rooms, as well as other amenities at the resort, such as bars and several nightclubs.

When it was used during the Cold War for nuclear missile testing, Christmas was considered an immaculate location by the military. While the military officers who selected the spots for testing frequently portrayed South Pacific islands like Kiritimati, which now we know as Christmas Island as an uninhabitable wasteland, this was often far from the reality. They drove local residents out of their homes. From 1956 to 1962, more than 20,000 British troops were sent to Christmas Island nuclear tests. These men and women were unconsciously put with scarce resources in harsh environments when performing the work that would supposedly secure Britain's position as a thermonuclear force in history. I think we definitely should point these nuclear tests out as most interesting facts about Christmas Island.

4. Get to know locals during your travel to Christmas Island

Another interesting thing about Christmas Island is its local population. The island nation developed to become a vibrant melting pot of cultures from the early days of the discovery of phosphate in 1881 when settlers and workers arrived with cultural and religious practices. Around 40 percent of the inhabitants of Christmas Island were born in Australia. The Malay people are mainly Muslim and worship at the Flying Fish Cove mosque in Kampong. Islanders, with a mix of Buddhist, Christian, Taoist and Muslim traditions that are openly celebrated, are proud of their home and its unity. I think it also deserves a separate shout-out that worship sites are available to everyone.

is a national park which is located in the southwest of Indonesia that covers part of Christmas Island, of course, juridically an Australian territory, as we have mentioned earlier. In the early 1970s, fears were raised regarding the impact of phosphate extraction on Christmas Island's flora and fauna. A special emphasis was on the Abbott booby ecosystem, which seemed to be at threat of dying. Initially, the park occupied the south-west corner of the island, which was enlarged to encompass much of the island's rainforest in 1986 and 1989. Another one of the most interesting facts about Christmas Island is that the park today occupies about 85 square kilometres or 63% of the island. Both the waters around the island and its ground surface are abundant, and with many endangered plants, the park shows off its high degree of biodiversity.

6. Just the perfect beach made for you, Dolly beach!

Dolly Beach, a 30-minute drive from the capital, is peaceful, however at the same time full of wildlife. In short, we can say that Dolly Beach is an ideal spot for camping because of the quiet environment, freshwater but first you will need to get permission for entrance. There are a variety of pools of shallow rock and even a freshwater outlet.

Topics
Apply for any visa in two clicks!
Islands
Do you want to get a Christmas Island visa easily?
Get your visa now 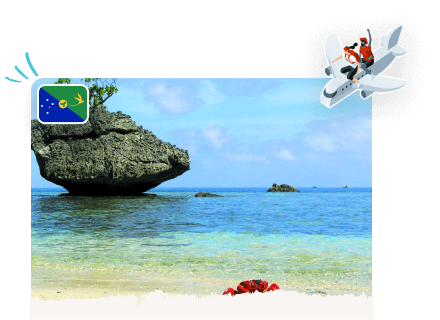