10 things I wish I knew before going to Holy See 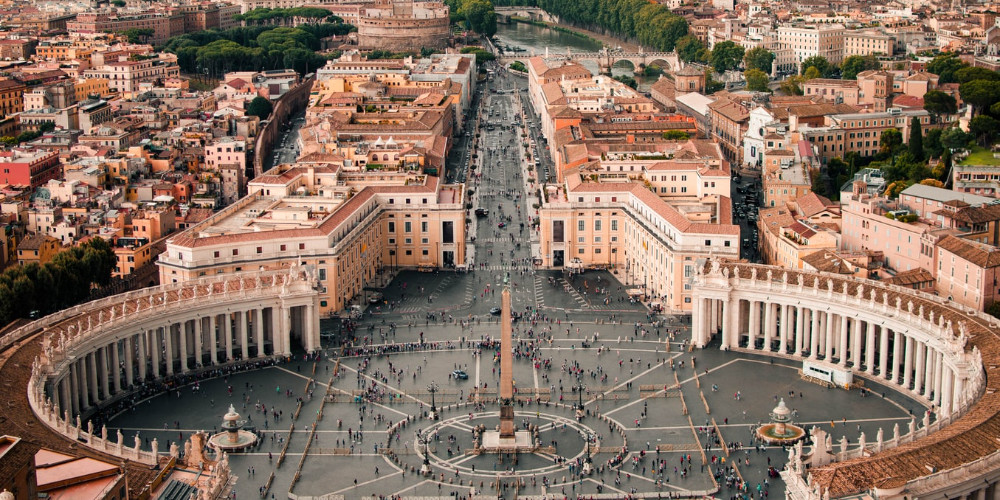 When it comes to the Catholic direction in Christianity, it is impossible not to mention its world spiritual centre, located in Italy's Capital. Still, it has no state related to this country. Naturally, we are talking about the Vatican, a micro-state that coordinates all Catholic activities, led by the Pope and his cardinals. Where is the Vatican? The Vatican on the map has found a place on the north-western hill of Rome, having a state border of only 3.2 kilometres only with Italy. Because of the small size, the Vatican has a population of about 830 people, which is an independent state. It is not the only amazing moment in the country's disclosure; interesting facts about Vatican city can be discussed for a very long time. For example, the fact that it is also a highly developed state with its income mainly from donations from Catholics from all over the world and, of course, from the tourism sector. We were going to talk about the second one today. For the sake of attractions and participation in the Vatican events, about 6 million tourists come here every year, and this is a fantastic figure for a state of 43 hectares. And if you're also interested in visiting the Pope's residence soon, here's a list of 10 things to know before you go. Let's go!

The smallest country in the world

The Vatican is the smallest fully independent nation-state globally, but that's not the only thing that makes it an attractive tourist destination. The city has secrets that it has kept for many centuries, and you will want to know about them. This place's incredible and complex history will amaze you because the Vatican was not always so small. It will be confirmed by documentaries about the Vatican and its history. Earlier, in the middle of the XIX century, the Papal region occupied about 44 square kilometres. Because of the struggle for Italy's unification, after ten years, most of the Papal lands officially became part of Italy. Despite its size, the Vatican is governed as an absolute monarchy headed by the Pope. It also mints its euros, prints its stamps, issues passports and license plates, manages the media, and has its flag and anthem. The state is not capable only of taxation, but the payment for tickets to the Vatican and museums, the sale of stamps and souvenirs bring income to the state.

How to get to Vatican City?

The Vatican location is easy to find on the map, but not everyone knows how to get there. It is not surprising, but the question that most people ask "How to get to Vatican City?", you need to answer "You need to get to Italy, and there it is already easier". After all, the state is right in the centre of Rome, and your airlines are unlikely to have tickets to the Vatican because there is no airport in such a tiny country. Getting to the Vatican by bus is very easy, no matter where you come from, as the Roman bus system is extensive and reaches all corners of the city. The most frequently used routes mostly connect to other major tourist attractions in the city. Using the metro is also quite simple. Take Metro line A, which you can take in some of the city's most popular parts, and get off at either Lepanto or Ottaviano stations. The latter is a little closer, but the former allows you to walk along the famous shopping street of Cola di Rienzo if you want to. If you're going to walk to the Vatican, it is recommended to do this only if you are already in the city centre.

When is the best time to visit Vatican City?

The best time to visit the Vatican is from May to October, not including August, when the most popular galleries in museums, such as the Raphael Halls and the Sistine Chapel, are open to a limited number of visitors who pre-book tickets. 8 am the best time to get there. Every day, up to 30,000 people who want to mark the Vatican on the map as an already conquered country visit St. Peter's Basilica, the epic centre of Renaissance Catholicism, as well as the 54 galleries of the neighbouring Vatican museums, filled with masterpieces. Since they've all read the same guidebooks, most of them arrive early in the morning to do the galleries first. Hence the queues are winding around the block. Therefore, you can postpone your visit to the basilica until noon.

Such a tiny state as the Vatican has a naturally insignificant population of Vatican city, distinguishing visitors from residents. Therefore, you should consider the Vatican dress code and its other rules. It is rare to visit the Vatican without noticing a dozen tourists in clothes covering their bare shoulders and knees. Be prepared for the modest clothing required to enter the Basilica, museums, the Sistine Chapel, and the Vatican gardens. Low-cut or sleeveless shirts, above-the-knee shorts, and mini skirts are also not allowed. The other entry rules are just as simple. Prohibited items include luggage and backpacks; umbrellas; knives, scissors, other sharp tools; food and beverages; and video cameras, camera tripods, and selfie sticks. Please leave them in the free wardrobe of local attractions. Photography without a flash is welcome in the Vatican museums. Still, in the Sistine Chapel, all photography is prohibited, even with a mobile phone, and video shooting is not permitted in all the previously listed places.

Back in Roman times, there was a large necropolis on the site where is the Vatican located. During the reign of Emperor Nero, a great fire destroyed most of Rome. When the Romans blamed the emperor for the fire, he shifted the Christians' blame, accusing them of arson. He began to persecute and execute them, burning them at stake and crucifying them. After this event, it is believed that the Vatican is built on top of the city of the dead. St. Peter, a disciple of Jesus and the first bishop of Rome, was among the executed men. He was supposedly buried in a shallow grave on the Vatican Hill on which St. Peter's Basilica was built. St. Peter's Basilica is the second-largest Christian church in the world and the most important in the Catholic direction. The basilica's altar is believed to be located directly above the grave of Saint Peter.

A paradise for book lovers

If you remember all these films about the Vatican, then the main characters definitely needed to visit this state for some secret and ancient manuscript or book. This opinion created by Hollywood is partly true because the Vatican Library houses one of the world's largest book collections. It is itself part of the Vatican Museums. The Vatican library is notable for its largest archive of texts in Latin, Greek, and Hebrew. Founded in 1475 by Pope Sixtus IV, the Vatican library is still used for research and is open to scholars. The library has more than 1.1 million printed books and 75,000 historical manuscripts, the oldest of which date back to the first century. With so many books, the length of all its shelves is 42 kilometres. With the collection growing by about 6,000 books each year, the library may soon need even more space.

The Swiss Guard is the smallest Army in the world responsible for the security of the Pope. They serve as personal escorts and guards for the Vatican and the Papal Villa. Soldiers, hired by the Roman Catholic Church under the Pope's direction, to whom they are sworn in at a ceremony in the Belvedere Courtyard. As is usually the case with any elite military corps, the competition for inclusion in the Swiss Guard is very high. Recruits must be unmarried Catholic men with Swiss citizenship, between the ages of 19 and 30, and at least 1.75 meters tall. They must have a professional diploma or higher education and have completed basic training in the Swiss Armed Forces. If you've watched a couple of movies about the Vatican, you probably know that these guards' uniform is not quite ordinary. It usually includes blue doublets and blue berets, but at ceremonies, they don the colourful Renaissance uniforms they are famous for.

Interesting facts about Vatican city will not make you bored, but one of them will certainly teach you patience. It's a little funny to realize that Vatican museums occupy a significant part of the country, but it's true. There are dozens of galleries in several buildings. It becomes even more difficult to understand them if you are in a huge crowd early in the morning. And the queues to buy a ticket, if you didn't book online, will take another hour, if not more. If you want to take your time exploring all the magnificent works of art, arrive early and be one of the first to enter the museum. But even here, for a complete tour of the Vatican Museum, you will need 5 hours of your precious time. It is ironic if you think about how small the Vatican is on the map and how long the local merits survey can take.

What can I take as a keepsake?

An essential aspect of any trip is naturally the purchase of souvenirs. Tickets to the Vatican and Vatican museums are not very suitable for a souvenir item, but the postage stamps and coins of the Vatican are famous for their variety and are also very rare. To take them with you is to keep the precious parts of the holy city for a very long time. You can get great stamps and coins for your family and friends as souvenirs. You can also buy rosaries, crucifixes, and books that are allowed for sale. There are many places in the Vatican where you can also find art attributes, such as rare paintings, figurines, and pendants, which will reveal interesting facts about Vatican city without words.

Of course, long and informative excursions require constant recharging with food. But it is forbidden to bring food and drink to Vatican museums. However, most of the Vatican area is packed with courtyards and grass-covered parks where you can eat. A great idea to save money is to buy sandwich ingredients at a local store while you're in Rome and stack them while sitting on one of the benches in the Vatican parks. It will also save you time in between the attractions. If you want to conquer a couple of local Vatican restaurants and do not mind spending time on them, you should choose places less crowded with tourists. But it is worth remembering that the Vatican is a tiny population and every "other" here is a potential tourist and a source of profit, so do not be surprised by some prices in catering establishments.

Topics
Apply for any visa in two clicks!
Countries
Do you want to get a Holy See (Vatican) visa easily?
Get your visa now