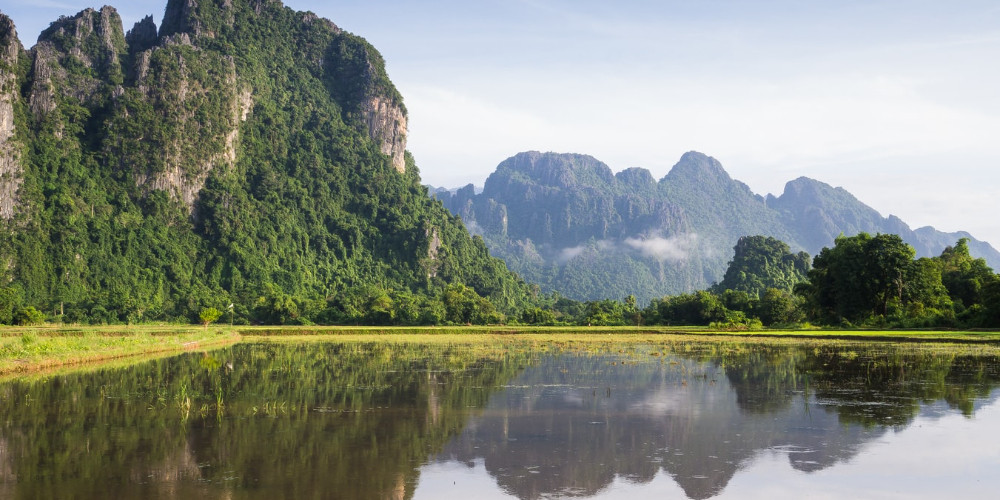 10 things I wish I knew before going to Laos

What, when, and where?

1. No sea, but a lot of beautiful islands

2. Their food is a mystery you wish you knew sooner

3. Be careful what you put in your mouth

4. Don't wander off the tourist tracks

6. Know the customs to respect the local culture

8. Not the happy meals you expected

10. The best time to travel to Laos is their New Year

Often overlooked and said to be less interesting than its neighbouring countries, Laos is nevertheless an amazing destination for everyone to experience. There are so many cool things about Laos, and you will definitely enjoy your time there with some hints and proper preparation. Additionally, I have to emphasize that you should not worry too much about where to travel in Laos - adopt their relaxed mindset and make time to see all parts of the country. Here are some insights into things you should know before you even decide to travel to Laos, Asia and hopefully, they will inspire you to book the flights right away!

What, when, and where?

Officially named Lao People's Democratic Republic is a landlocked nation in Southeast Asia. The capital of Laos is called Vientiane, and the inhabitants are - Lao. This country was a French colony until 1953, and it has left a notable influence on the culture (more on that later). The best time to travel to Laos would be some time between October and April - the weather is supposed to be dry and pleasant in these months. Nevertheless, if you want to go there to enjoy the time on the river, then the best time to visit Laos for you will be between November and January. The water levels are higher in those months, and water routes are easier to access in the main river - the Mekong.

1. No sea, but a lot of beautiful islands

If you are not sure where to travel in Laos, just check some of the most famous islands. Even though the country is landlocked, one of the cool things about Laos is the fact that it has a jaw-dropping number of 4.000 islands! Most of them are on the Mekong River. And this is where another great fact comes in - there are tons of soft and sandy beaches to enjoy life there! The most famous islands are Don Khong, Don Det, and Don Khon.

2. Their food is a mystery you wish you knew sooner

You probably know something about Thai, Vietnamese, or even Cambodian dishes. But have you heard anything about the specialities in Laos? Trust me; they are finger-licking good! The most likely dishes you will encounter are larb (marinated meat, served raw or cooked), sticky rice, or Lao sausage. Their cuisine features tons of herbs and would usually be described as spicy or sour. Flavours of lemongrass, garlic, lime, mint, and chilli are abundant. Locals are also really into beer and if you like it too, then definitely try the absolute staple that has been around since 1971. It is conveniently called Beerlao and will cost you just a bit more than one dollar for a can. Sounds great, doesn't it?

3. Be careful what you put in your mouth

Sorry to disturb the delicious image I tried to create in the previous point, but I have to emphasize the exact moment we start talking about food. Also, I know you might wonder: is it safe to travel to Laos? If you know what to expect, you can keep yourself safe. It is suggested to consider all water potentially contaminated. Only drink boiled or sterilized water (the same goes for brushing teeth and using ice cubes). Milk is mostly unpasteurized and should definitely be boiled. And all food made with unboiled milk, uncooked meat, and fish, as well as fresh vegetables, should be avoided for your own wellbeing. To be completely sure, always opt for the dishes you are familiar with. Better safe than sorry!

4. Don't wander off the tourist tracks

And this is probably the only case where I will suggest doing so. And again, after hearing this, you might think - is it safe to travel to Laos? It definitely is! But you have to keep in mind a few more rules to ensure all goes according to the best plan. In the 60s and 70s, the US dropped millions (!) of bombs on this country, and many of them are scattered in places even up to nowadays. Just for your own safety, don't step off the beaten track and be very cautious because this is no joke. Most tourist areas are nevertheless cleared of these bombs, and you should feel safe there. To exercise even more safety measures, better leave jewellery and other expensive items at home.

Even though it might seem a bit odd or surprising, there is no wonder that Lao culture has a multitude of aspects adopted from the French. You will find it interesting that in Laos people speak French. After all, they were a French colony until 1953 and therefore have taken over some of the best things from this very European culture. First, food. Crepes, an abundance of bakeries as well as baguettes that have penetrated Lao cuisine in the shape of baguette sandwiches. Then the French-style colonial buildings you will see just about anywhere. And last, but not least - the Frenchies themselves. Most backpackers in Laos are French.

6. Know the customs to respect the local culture

There are a few things you should definitely know before travelling to Laos. Their society is deeply spiritual, and each deed has a different meaning that you might have been used to. First, be mindful of being touchy-feely to just about anyone. Females should not touch monks (it is disrespectful). Showing affection in public is not a very common thing, too; they are quite reserved. And instead of shaking hands, better opt for putting hands together and bowing to greet a person. Touching anyone you don't know is considered extremely rude!

And the second aspect is - mind your feet. Never step over anyone sitting in a park or temple. Actually, never use your feet for anything else than moving around. And be very mindful about your feet in sacred places. Let's say you would want to enter the famous Pha That Luang Temple in the capital of Laos. Whenever you are there, just make sure your feet are never ever pointed towards a Buddha statue! Simple enough, isn't it?

Many people travel to Laos to take photos with tigers or ride on an elephant through the jungle, but my dearest suggestion is not to do it. Read more online about elephant and tiger abuse before going there and if it is still one of your lifelong dreams, then prefer ethical sanctuaries like the Elephant Conservation Center in Laos. The truth is - the lesser the demand, the more likely such cruel practices can be extinguished.

8. Not the happy meals you expected

This is one of the things you should definitely keep in mind if you travel to Laos. When there, you will see a lot of businesses offering "happy meals" (tea, pizza, mojitos, etc.). Please, do not naively think that this has something to do with the joyful and innocent nature of such a treat or the person who made it. All of those actually contain some type of drugs, and if you do not want to get in any type of trouble, please avoid ordering those. I agree Laos people are somewhat confusing - these things are being openly advertised everywhere, but any type of drugs are still illegal in this country. Just stick to getting high on the beauty of nature for your own sake.

It is one of the main things you will notice and experience in Laos. People move at their own pace, and it is never urgent. Keep in mind that they also dislike being rushed, and there is only one solution to this. Adjust and get comfortable with this easy-going attitude! Additionally, keep in mind, the complicated terrain and lesser developed roads make travel anywhere less predictable. Travel times might take longer than expected, and you just have to put up with it!

10. The best time to travel to Laos is their New Year

In Laos, people call it Pi Mai or Songkran. It takes place from 13th until 16th April every year, and despite the season being one of the hottest times in the year, it is absolutely amazing. The most typical thing about this festival is splashing water to wash off all the bad from the past year. In reality, it usually turns out as the most epic water battles in the whole country. It is literally one of the cool things about Laos. Pun intended.

You see, what an exciting prospect for your next trip! Even if you are worried is it safe to travel to Laos, just consult the information online and do some more thorough research beforehand. You will be just fine! And when planning all the corners where to travel in Laos, remember that the capital of Laos is just one small drop in the sea of beauty that you could experience out there. A sea of opportunities and the least expected surprises for your senses!