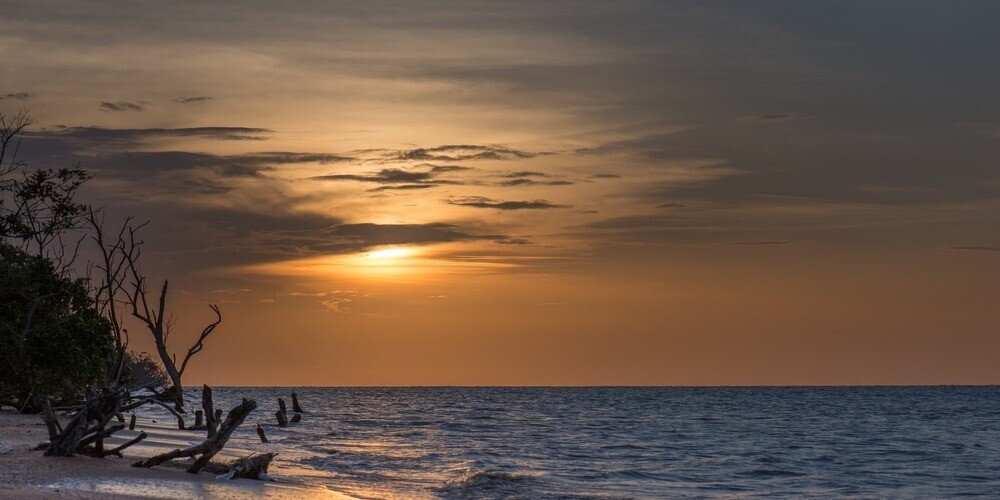 10 things I wish I knew before going to Suriname

1. How to travel to Suriname?

2. Is it safe to travel to Suriname?

4. What do I need to travel to Suriname?

7. Climate and the best time to travel to Suriname

Suriname is located on the northeast coast of South America. The country is divided into ten districts and the capital. The area we now call Suriname has long been the subject of fighting and wars. Before European settlers tried to claim the land from the seventeenth century onwards, several folks lived in the region, which regularly became involved in conflicts with each other. In 1630 the British were the first Europeans to arrive in Suriname. They colonised the area and started tobacco plantations, where residents worked as slaves. In 1667 the Dutch conquered the area after a centuries-long power struggle. After the Second World War, the Suriname people gained more rights and power, and the country officially became an independent state in 1975.

1. How to travel to Suriname?

To make a trip to this wonderful country, you can apply for Suriname e-visa and take a flight from your country. Suppose there are no direct flights to Johan Adolf Pengel International Airport, about 45 km from Paramaribo. In that case, you can fly to one of the neighbouring countries and then look for Suriname airlines to make a safe trip to the country.

2. Is it safe to travel to Suriname?

Suriname is a safe tourist destination. However, just like at any other destination, you have to be on your guard in Suriname. There are several things that you should pay extra attention to during your visit to Suriname. For example, it is not wise to have a lot of money or jewellery in your pocket. And do not ask if is it safe to travel to Suriname because you heard that someone struggled with a robbery during a walk-in in dark and deserted streets at night.

The capital of Suriname is Paramaribo. There are a lot of places you should visit in the city:

● If you want to shop in Suriname, you have to be in Paramaribo. Here you will find several shops and boutiques where you can buy everything. The Saoenah Markt is the biggest in Suriname. The Abas family founded this Javanese food market.

● The Africa Museum Suriname is a fairly new museum. The museum shows the African history of the Surinamese with African roots. Through various activities, archaeological, and art figures, the museum wants to make a sustainable ethnological contribution to the African cultural heritage.

4. What do I need to travel to Suriname?

Frederiksdorp: Frederiksdorp is the name of a coffee plantation in the Commewijne district. The plantation is easily accessible by bicycle. It is possible to enter the plantation with a guide where you will find relics from the past. For example, the staff's former accommodation still exists, which is now used as a restaurant. The restaurant belongs to the same name's accommodation, where you, as a tourist, can spend the night in typical old-Dutch houses.

Fort Nieuw Amsterdam: Fort Nieuw-Amsterdam is 20 minutes away from Alkmaar. The fort was built for protection during the Second Anglo-Dutch War, which lasted from 1665 to 1667. The fort is located at the confluence of the Commewijne and the Suriname Rivers, near the coast. It is a great attraction for people who want to learn more about the history of the country.

Bigi Pan: Bigi Pan is a protected nature reserve in Nieuw Nickerie. Many exotic birds breed in the park. Bird watchers and fishermen will have a great time here. The park is located on the coast, and you can see the many fishermen at work with a bit of luck. For the rest, the nature reserve consists largely of mangroves and swamps.

Galibi Beach: Galibi is also a popular destination for beach lovers. It is, therefore, one of the most beautiful beach destinations in Suriname. With the snow-white beaches, the clear sea, and the green palm trees, you can relax optimally here. Galibi Beach is also used as an egg nest for sea turtles. The turtles hide their eggs here in the sand where they were born.

Surinamese cuisine in itself is a reason to visit the country. The exotic dishes have influences from Africa, China, Indonesia, India, and the Netherlands. A favourite Surinamese dish is a pom, an oven dish of chicken and vegetables covered with a major mash.

There are about 20 languages in Suriname. The official language is Dutch. Suriname language or Sranantongo developed as a creole language early during the slave period. The Indians in Suriname still speak 5 Indian languages.

7. Climate and the best time to travel to Suriname

Suriname is located in the tropics. The average temperature here is between 23 °C and 32 °C. The chance of rain is greatest between 2 p.m. and 5 p.m. And when it rains, it also rains well. An umbrella or raincoat will be of little help against this downpour. In Suriname, there are two rainy seasons and two dry seasons. The long rainy season runs from the end of April to mid-August, and the short rainy season from the beginning of December to the end of January. During these rainy seasons, there is a lot of precipitation in the form of heavy showers. Between these rainy seasons, there are two dry seasons: the long dry season runs from mid-August to the beginning of December, and the short dry season is between the end of January and the end of April. Although it rains a lot in Suriname, it is, at the same time, a very sunny country. The average number of sunshine hours is between 6 and 9 hours a day, which is quite a lot, even for a tropical destination. Hurricanes hardly take place in Suriname.

With a long history of conservation, Suriname has preserved many of its unique landscapes. The country consists mainly of hilly landscapes with a coastline on the Atlantic Ocean. Many parts of the country are also tropical rainforests: foothills of the southern Amazon region. The Central Surinamese Nature Reserve is one of the largest protected tropical rainforests globally and has been a UNESCO World Heritage Site since 2000. This protected nature reserve covers approximately 10 per cent of the Surinamese land area. In addition to the vast tropical rainforest areas, the nature reserve contains the highest Suriname point, the 1230 meter high Julianatop. The jungles are important ecosystems for flora and fauna. Special and rare animal species that live here are the jaguar, the giant otter, the tapir, the sloth, and the giant armadillo. Different monkey species and hundreds of bird species make the jungle area even more versatile and colourful.

Suriname is a hospitable country. When you are invited to visit someone's home, this is sincere, and the door is always open. You do not have to make an appointment. You can drop by unannounced. The Surinam population consists of a mixture of different ethnic groups. They are Hindus, Creoles, Bush Negroes, Javanese, Chinese, and aborigen Indians.

12 reasons why you should travel to Suriname right now 12 Instagrammable places in Suriname South America: danger or beauty?