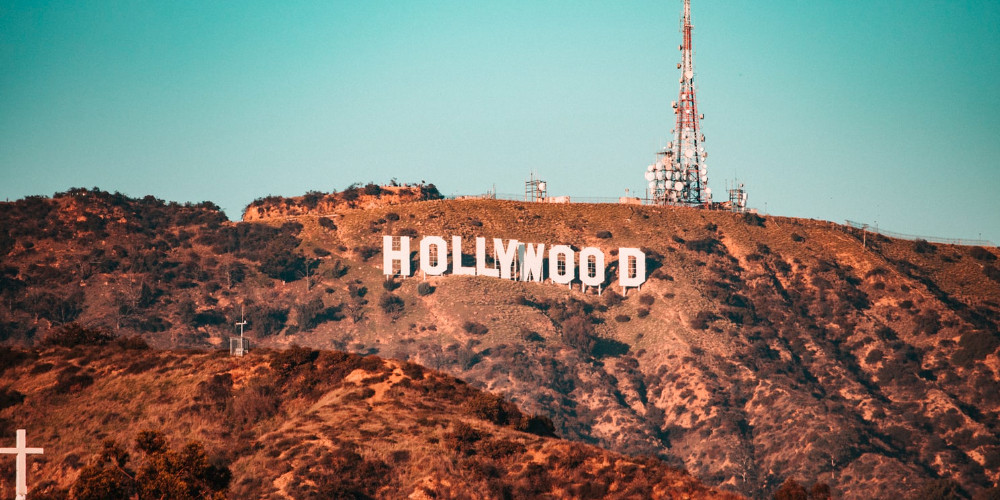 Do you know where Hollywood celebrities are actually from? Because some of them did not live in the country where they opened their eyes to the world. Most of them were born in the United States of America. Some of them started and continue their careers in Hollywood. Others stole Hollywood's heart after making a name in their own country. Let's take a closer look at celebrities who were born in different countries!

"Run, Forest, Run!" - that is one of the many things that come to my mind when we talk about Tom Hanks! This amazing and master actor is English and German by father, Portuguese by mother

He can bring a smile to everyone's face! He is mainly of French-Canadian roots (the original family name is Carre and is originated from Brittany in France), but he also has German, Swiss, and English roots.

His father is of Polish Jewish descent. His mother was born in Budapest, Hungary, and is the daughter of a Catholic Hungarian aristocrat father and a Czech Jewish mother.

Oh, The Godfather - Masterpiece! One of the most beloved Hollywood stars, Marlon Brando's ancestry was German, Dutch, English, French, and Irish.

One of the most beautiful Hollywood stars is Frenchwoman. The 45-year-old actress was born in the most romantic city in the world - Paris!

Jolie's mother is from the French-speaking region of Canada. Her father, John Voight, is of Slovak origin. Jolie owes this exotic image to Canadian, Slovak, British, and a little Native American blood that runs through her veins. She is one of the most beautiful Hollywood stars!

The 59-year-old actor was born in the United States, but Clooney has Irish, German and English roots. He is one of the richest Hollywood celebrities!

One of the most famous Hollywood celebrities, Johnny Depp, is primarily of English descent, with some French, German, and Irish ancestry. It is claimed that he also has some Native American heritage.

Everyone knows and loves him from the "The Fast and Furious movie series". Vin Diesel's real name is Mark Sinclair. His mother is of English, German, and Scottish descent. He has never met his biological father, and has stated that "all I know from my mother is that I have connections to many different cultures".

One of the most famous Hollywood celebrities thanks to "Friends TV Show"! Her father is Greek, and her mother was of English, Irish, Scottish, and Italian descent.

Julia Fiona Roberts is one of the most charming Hollywood celebrities! She is of English, Scottish, Irish, Welsh, German, and Swedish descent.

One of the most beautiful Hollywood celebrities ever! Her mother is of Irish descent and her father is of Irish, French, English, and German descent.

She has Cuban, German, and Italian roots. Her mother is of Native American, Italian, and German descent, and her father is Cuban.

The famous actor we've loved as Terminator for years is originally from Austria. As one of the richest Hollywood celebrities, he subsequently acquired US citizenship and even served as governor of California from 2003-2007.

The beautiful singer, whose full name is Robyn Rihanna Fenty, whom everyone knows and loves as "Queen" is originally from Barbados. We can even say that thanks to her, her country's awareness has increased. She is of Guyana descent on the maternal side, Irish descent on the father's side.

Shakira Isabel Mebarak Ripoll was born in Barranquilla, Colombia. Famous singer is Lebanese from her father's side.

Jennifer Lynn Lopez was born on July 24, 1969, into a family of Puerto Rican descent in the United States. One of the richest Hollywood celebrities speaks amazingly fluent Spanish.

Okay, this is pretty interesting! McConaughey's ancestry includes English, German, Irish, Scottish, and Swedish, with some of his Irish roots being from the Cavan/Monaghan area.

Rito Ora, or Rita Sahatciu, one of the most famous young stars of the music world today, was born in the city of Pristina in the former Yugoslavia. Rita Ora, the daughter of Albanian parents, was just a small child when they fled the civil war in the country and immigrated to London.

Hugh Jackman is undoubtedly one of the most successful Hollywood stars! He was born in Australia to a British family.

Milica Bogdanovna Jovovich, or Milla Jovovich as she is known by everyone, was born in Kyiv to a Russian mother and a Serbian father. They later immigrated to the USA.

Nina Dobrev was born in Sofia, the capital of Bulgaria. When she was two years old, her family immigrated to Canada.

Her real name is Natalie Hershlag. She is one of the celebrities who were born in different countries. Portman was born in Jerusalem. Her father is Israeli.

I think everyone knows that she is South African. Among her ancestors, there are also Dutch, French, and German. French ancestors were the first Huguenot settlers in South Africa. "Theron" is an Occitan surname (originally written as Theron). She grew up on her parents' farm in Benoni, near Johannesburg.

Salma Hayek was born in Mexico. Her father is of Lebanese descent. She speaks English with a Mexican accent in some of her films. Hayek is one of the most famous Hollywood celebrities of Mexican descent.

Walter Bruce Willis is an American-German actor and film producer. He was born in Germany to a German mother and American father, then he and his family moved to the United States when he was two years old.

One of the most popular young Hollywood stars, Gomez's mother is of Italian descent and her father is Mexican. Regarding her Hispanic heritage, she has said she is "a proud third-generation American-Mexican"!

She was also born in the USA, but her roots are mostly English, with a small number of Scots, Germans, and Scots-Irish (Northern Irish), as well as distant French and Welsh.

She is also one of Hollywood's Latino beauties. Mendes is born in the USA but her ancestors are Cuban.

The master actor was born in New York. His father, whose real name is Issur Danielovitch Demsky, comes from a Russian family.

SofIa Margarita Vergara Vergara is one of the celebrities who were born in different countries. Beautiful Hollywood star, who recently starred in the TV series Modern Family, was born in Colombia.

Penelope Cruz, in full Penelope Cruz Sanchez, is one of the most beautiful and famous Hollywood celebrities. She first made her name in her country, and then she moved to Hollywood.

He is also a gift of Spanish cinema to Hollywood and also the husband of Penelope Cruz.

The blonde James Bond of cinema! The 52-year-old Hollywood star was born in the United Kingdom and is British.

Distinguished by Christopher Nolan's "Inception", Hardy is a British. Now we know our Englishman from one of the most successful TV series "Peaky Blinders".

Fassbender was born and raised in Germany. His mother is Irish, while his father, Josef Fassbender, is German.

She is the daughter of a Mexican father. Her mother has Danish, Welsh, German, English, and French ancestry.

His real name is Nicolas Kim Coppola. His father is Italian and his mother is Austrian of German and Polish descent.

Green's father is Swedish and her mother was born in Algeria. The beautiful star opened her eyes to the world in France. Green is Jewish, as is her mother, who is of Sephardic Jewish (Algerian-Jewish) and Spanish descent.

Now you know the home countries of most of your favorite celebrities, their ancestors, and every time you visit any country, you will know the most famous people from there! Maybe you are a big fan of one of them and want to visit the homeland of your idol.